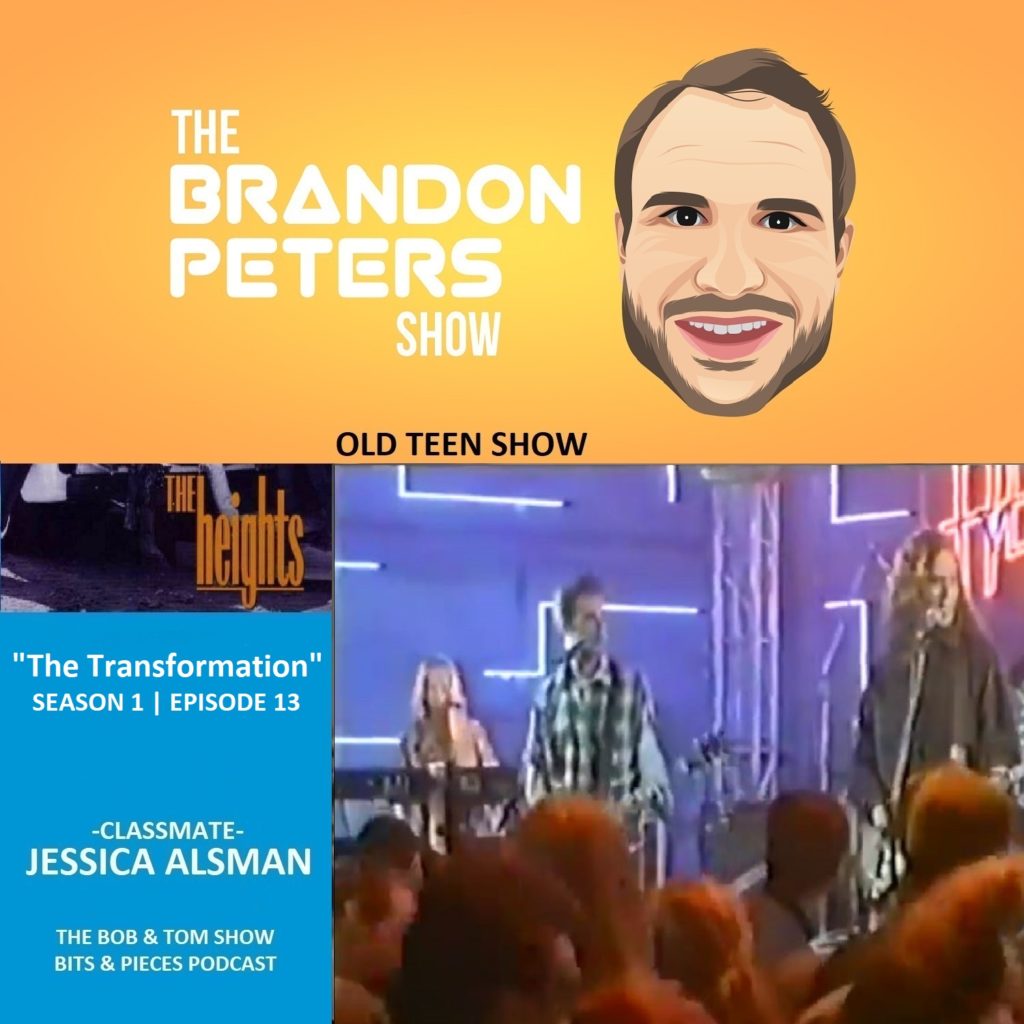 Welp, this is it. We have reached the final episode ever of The Heights. .This one never aired in the United States as it was canceled and lifted from the schedule after the previous episode. Luckily, it aired in another country and somebody recorded it. Jessica and I bid farewell to the band and stay […]

Old Teen Show: The Heights “Things That Go Bump In The Night” 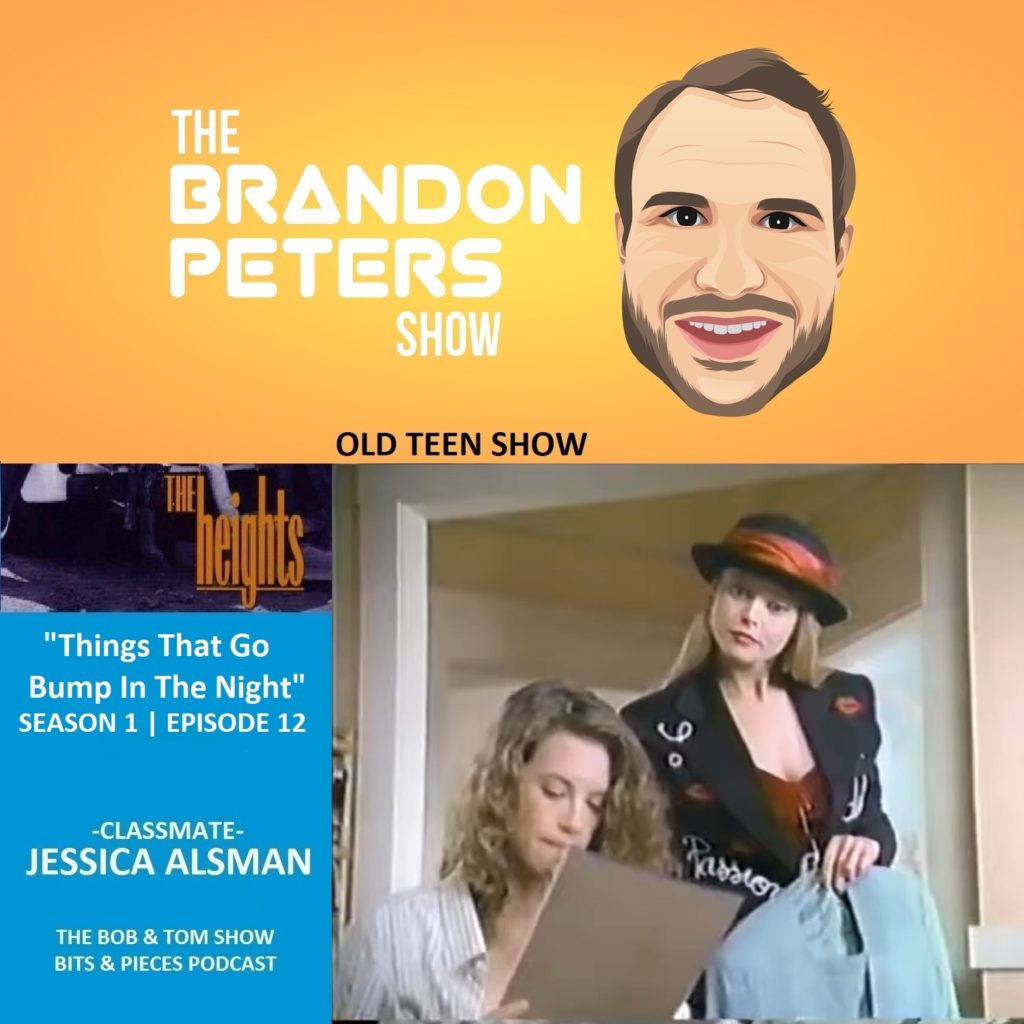 The penultimate episode of The Heights and this series! And a bummer because its the last one with regular commercials (More on that next week)! And what an episode because this one is loaded at almost an hour. Enjoy as Hope & Rita go head to head trying to find a job. Stay til the […]

Its a weird thing, but I love that The Heights incorporates a local town hustling swindler in Jimmy Bandisi. He’s back with a favor to ask of the band. There’s also some big time heat as Rita’s old flame returns. Jessica and I got it all covered here, as well as more commercials. Jessica Alsman […] 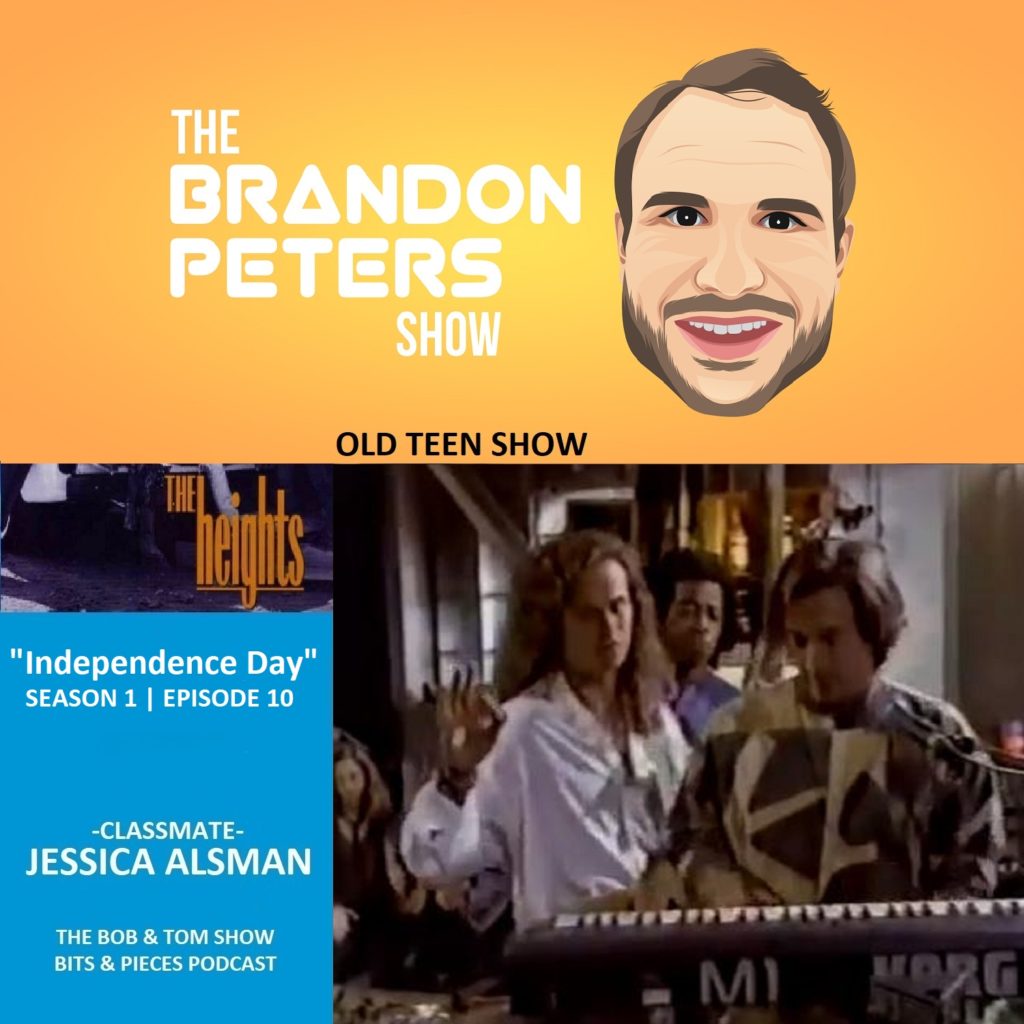 This week sees different members of the Heights signing leases together as Rita & Hope find a place and Lenny moves in with old Stan. Some little dramas sift up in light of this. And yes, folks, there are commercials for Jessica and I to reflect on. Jessica Alsman from the The Bob & Tom […]

Old Teen Show: The Heights “What Does It Take” 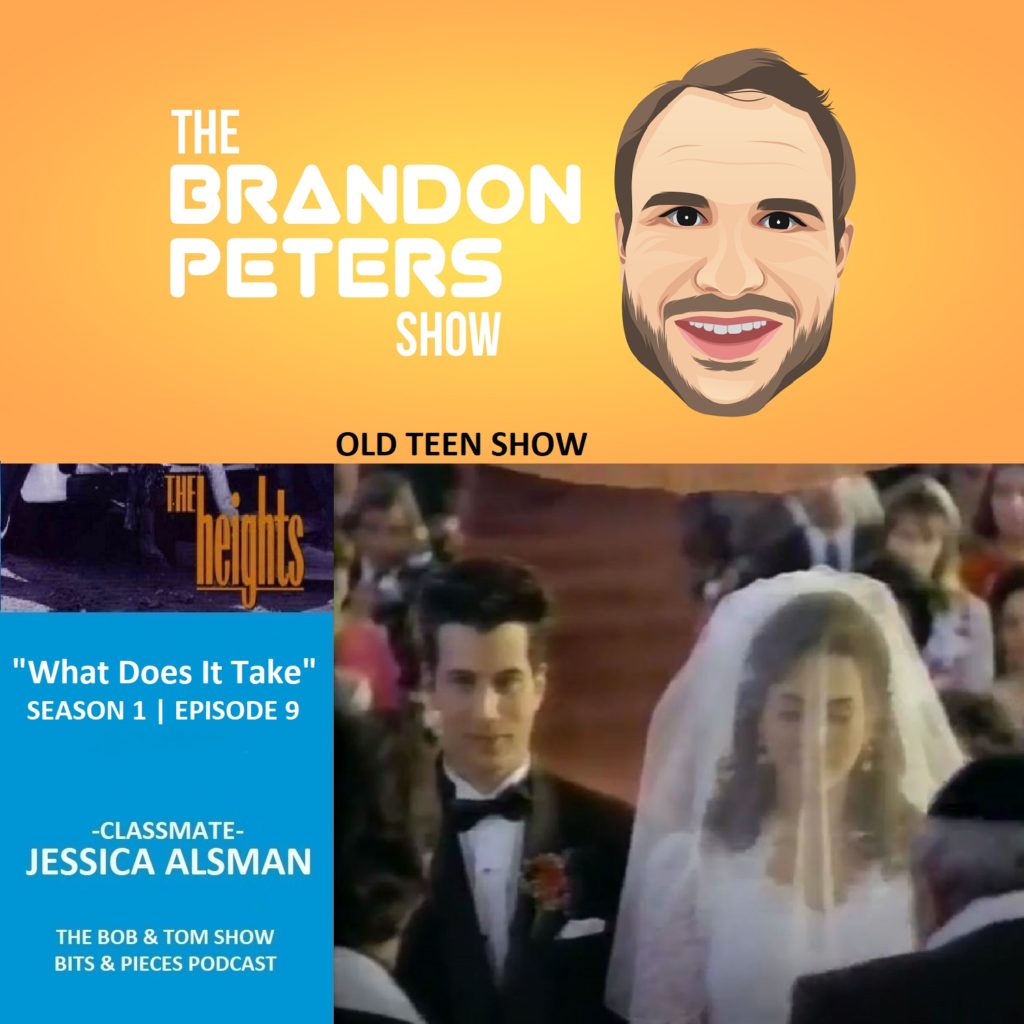 Wow, for a short lived show, it’s exciting that we get to see this Dizzy and Jodi wedding already. We discuss the hijinks as well as marvel at “Who in the hell is this guy?” with Dizzy’s brother. Oh…and MORE commercials talk! Jessica Alsman from the The Bob & Tom Show is the Classmate for […]

Old Teen Show: The Heights “Splendor In The Past” 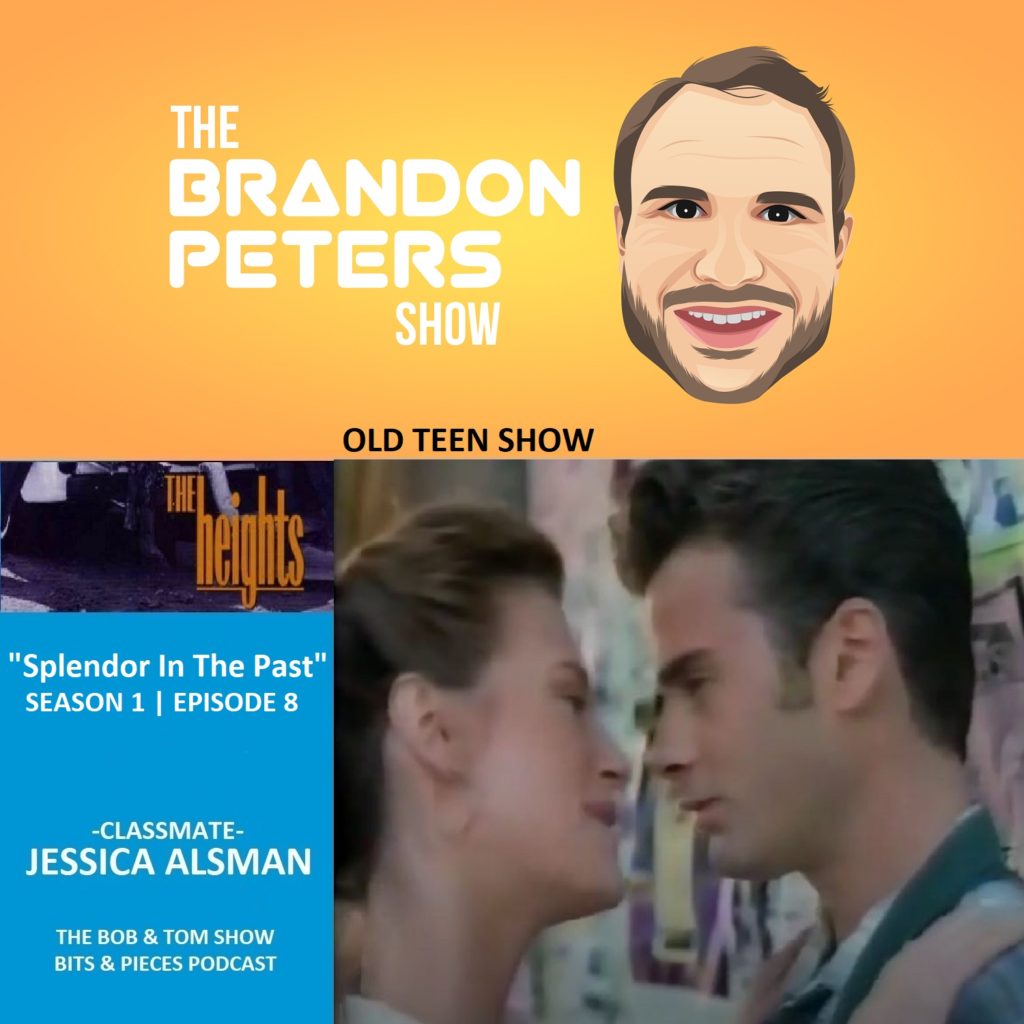 It appears that the commercials aren’t going anywhere for a while so OH JOY to that! This is the promised Alex & Rita go to the bone zone episode and Jessica and I have PLENTY to say about that! Jessica Alsman from the The Bob & Tom Show is the Classmate for The Heights. The […]

Old Teen Show: The Heights “No Place Like Home” 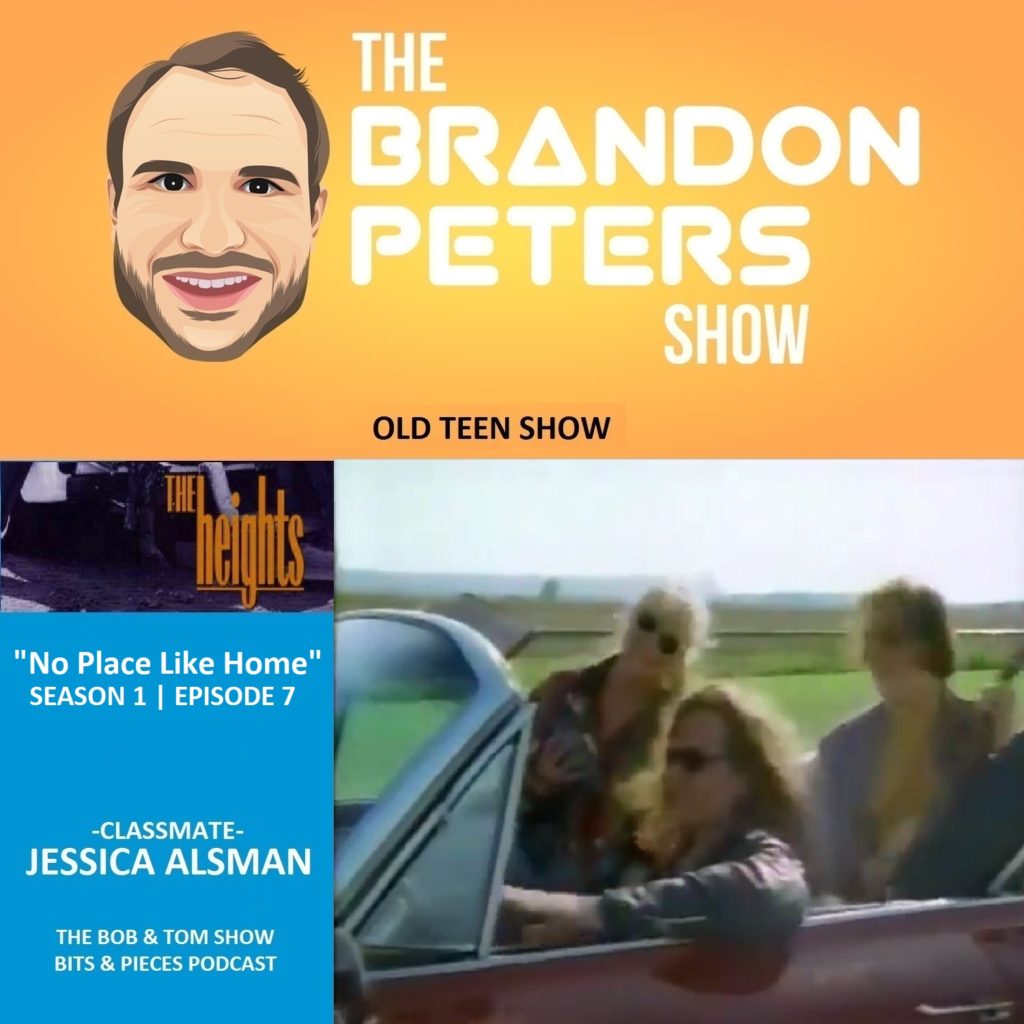 Well, well, well. Commercials, we meet again. Jessica and I geek out over the wealth of marketing material encased in the recording of the episode we watched. We also have a healthy conversation on this one that has 3 separate storylines with different pairings of people. Also, prepare yourself for a very lengthy tangent I […] 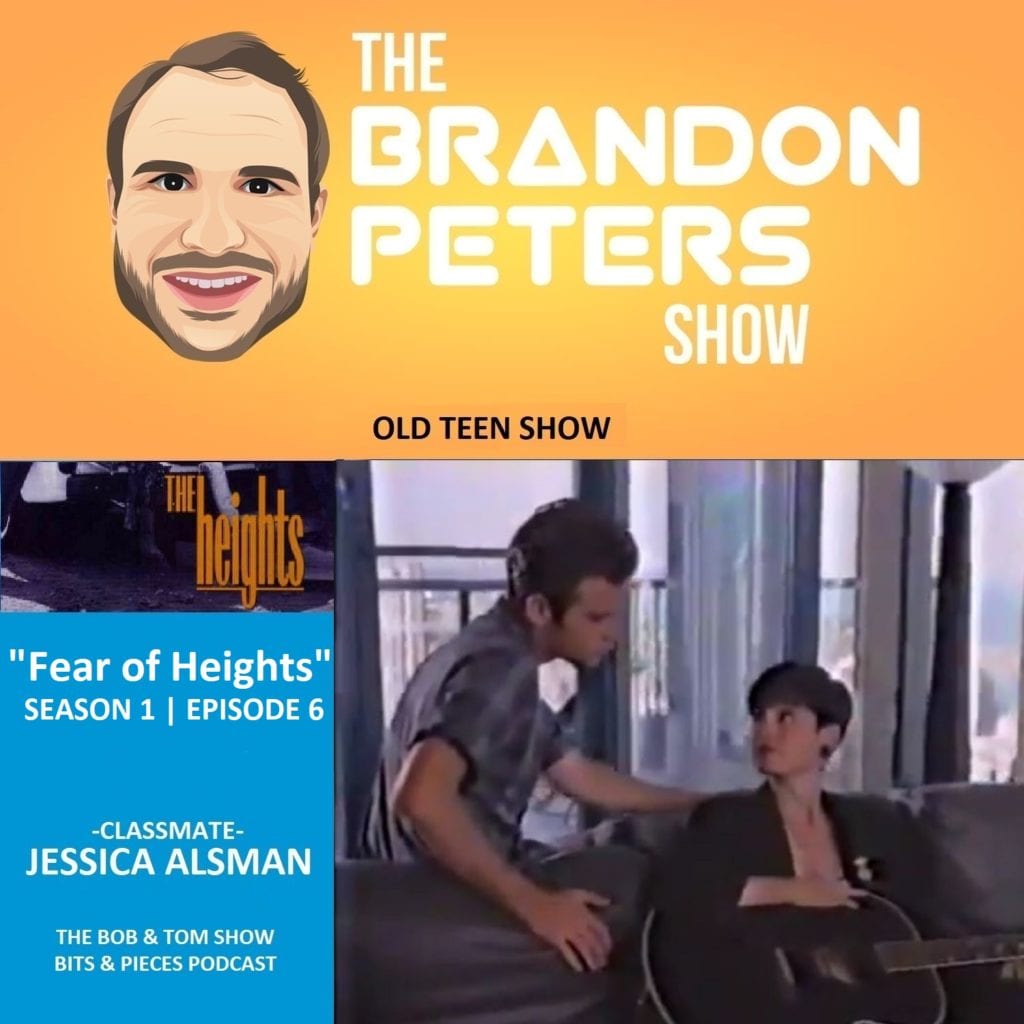 Our first notable guest star stops by The Heights this week and causes a stir with Rita. Hear Jessica endure as I geek out over Jill Shoelen who shakes things up on Episode 6! Jessica Alsman from the The Bob & Tom Show is the Classmate for The Heights. The Brandon Peters Show will return […] 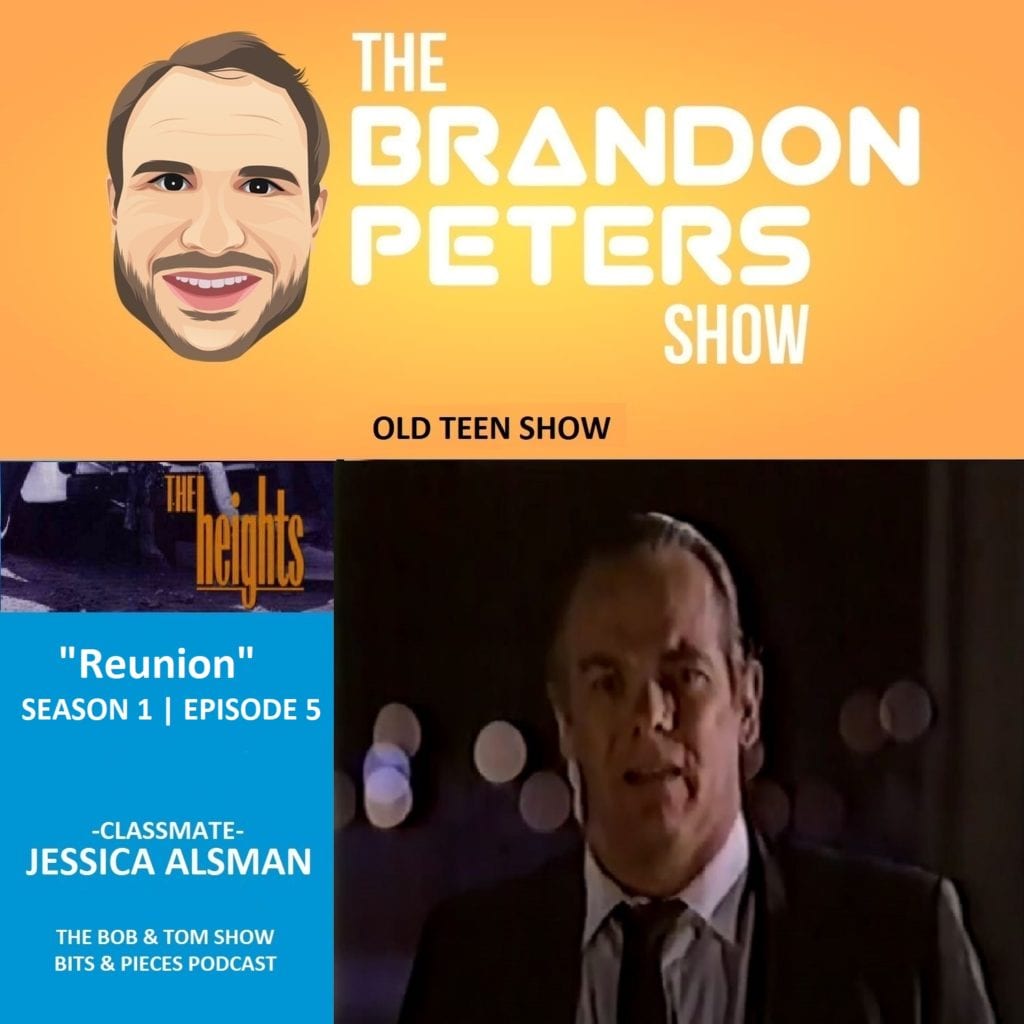 Well, this could possibly be one of the funniest episodes of Old Teen or Old Space Show ever recorded. And sadly, the subject matter isn’t funny, but the way the show delivers it…well. Just take a listen. Our predictions last time were way off. But enjoy this banter (An Episode For Dad). Jessica Alsman from […]

Old Teen Show: The Heights “On The Nickel” 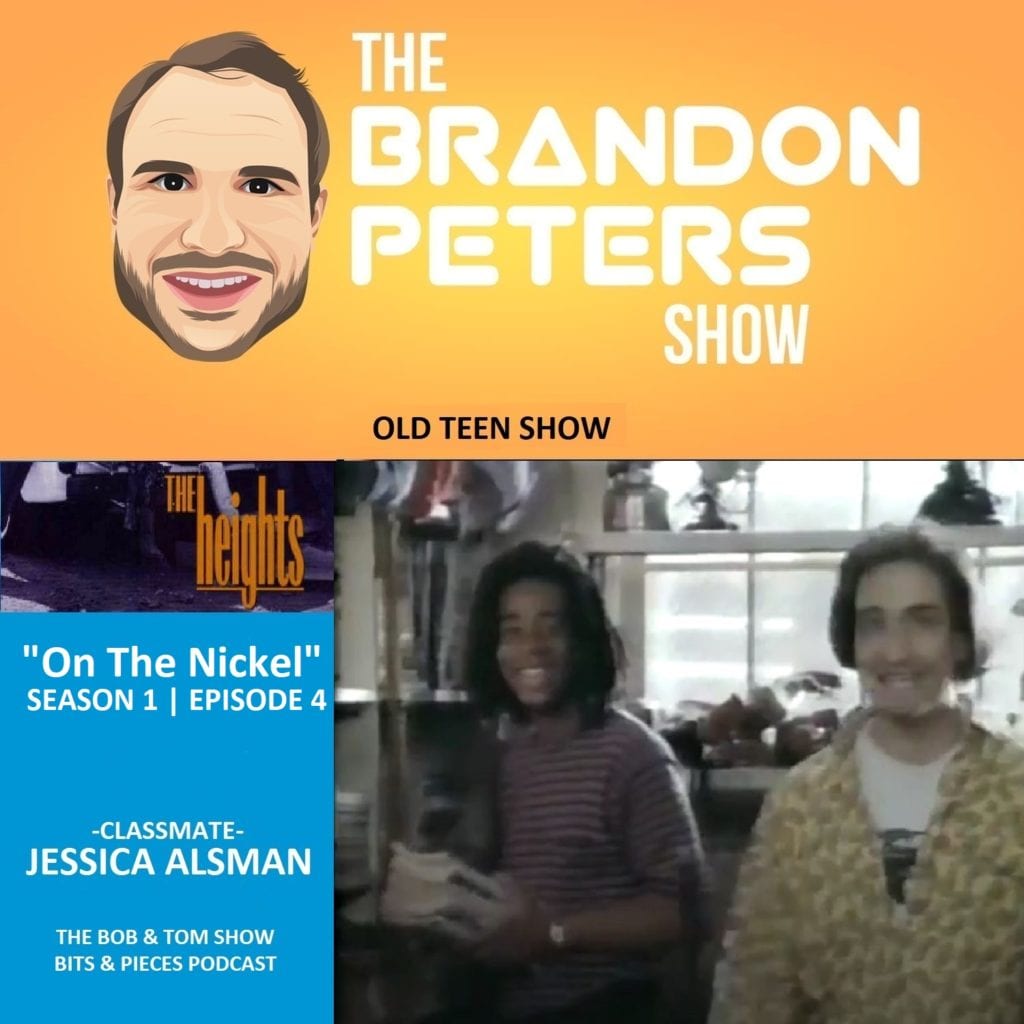 Jessica and I have been taking in The Heights via a streaming platform that everyone uses. And this particular episode happened to have a full recording with commercials intact. So not only do you get to hear us discuss the show, but we totally lose it with our excitement over these vintage marketing gems from […] 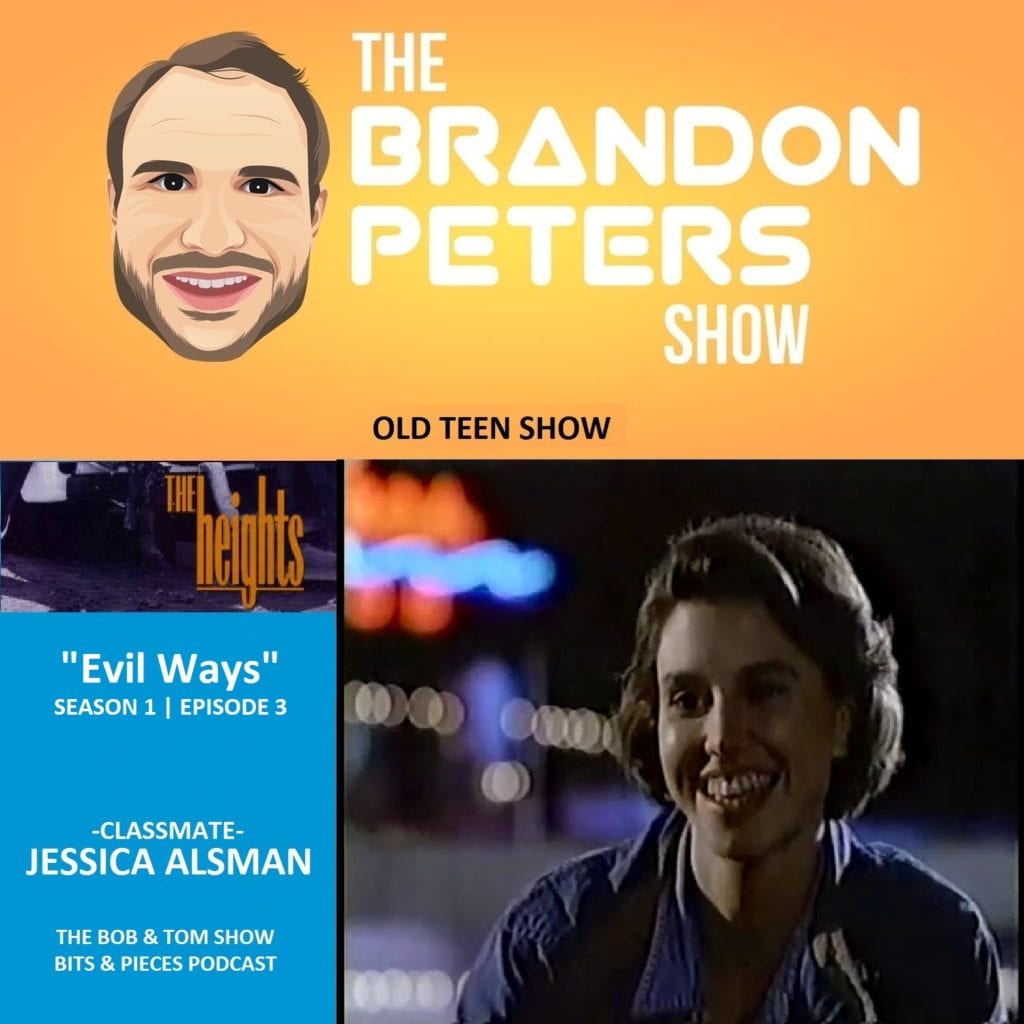 This is the episode where if you had suspicions about JT being a complete dick; they are WELL CONFIRMED. We find ourselves in the midst of some juicy young drama in the 3rd episode of the The Heights! And another new song called “Natalie” is…I guess…pretty? Jessica Alsman from the The Bob & Tom Show […]

Old Teen Show: The Heights “A Star Ain’t Nothing But a Ball ‘O Gas” 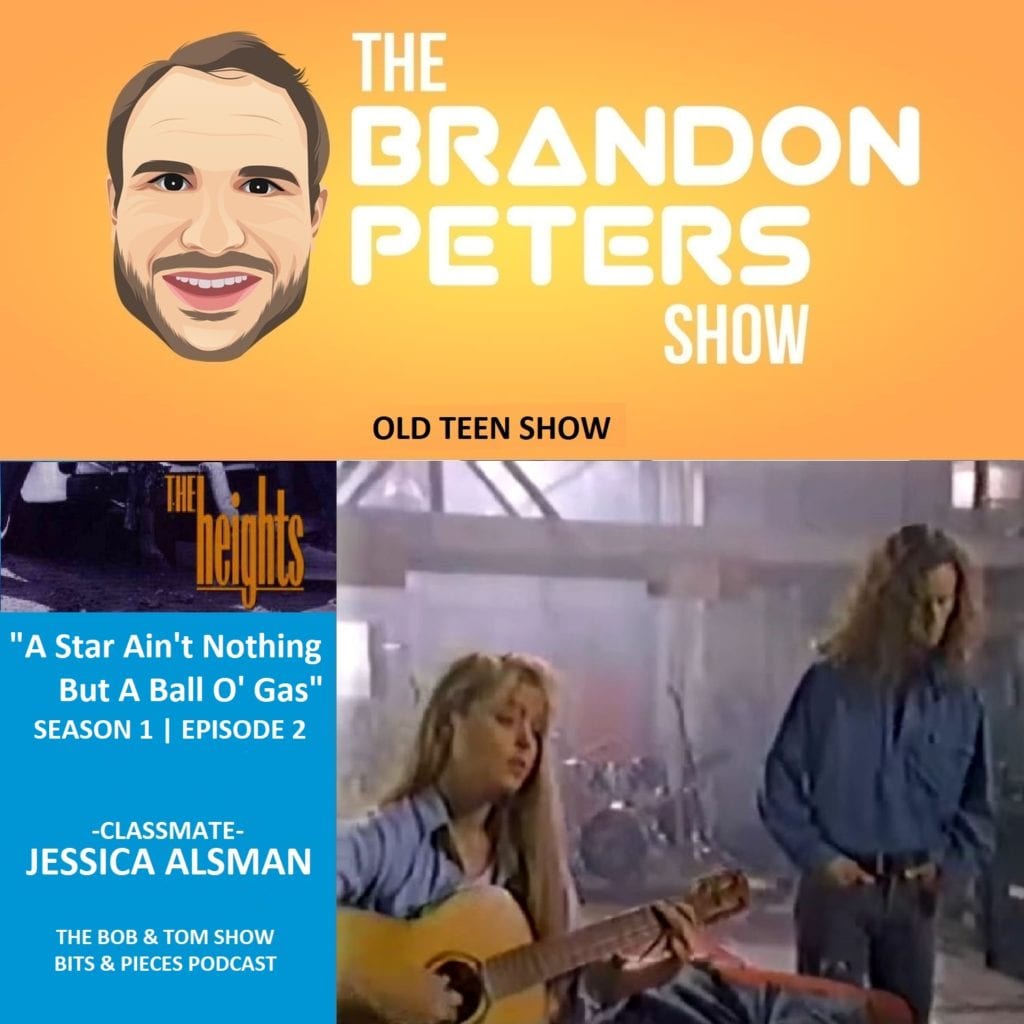 We finally have a full on episode to discuss with the show. Jessica and I get our first real taste of the heights and our characters in action. Dramas are raised, fun is had, music is played and love is in the air. Really excited by the response to doing this left turn from Old […]

Old Teen Show: The Heights “Talk To An Angel” 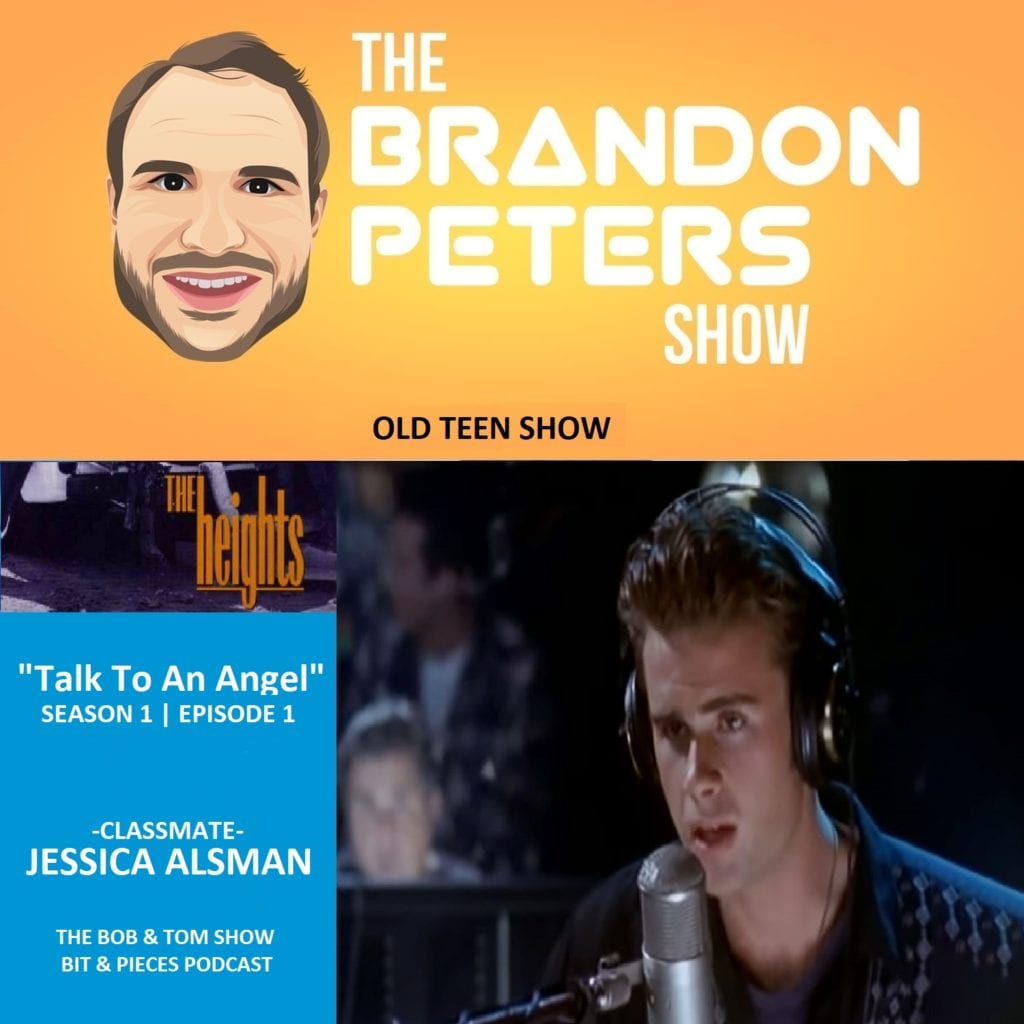 Well, this is a left turn, yes? No space or time travel here. Just rock and angst. Welcome aboard an obscure show in the shadow of Beverly Hills 90210 in the 1990s. The grunge infused The Heights couldn’t pull off the magic that Melrose Place did. But it did manage a #1 hit song. Unfortunately, […]