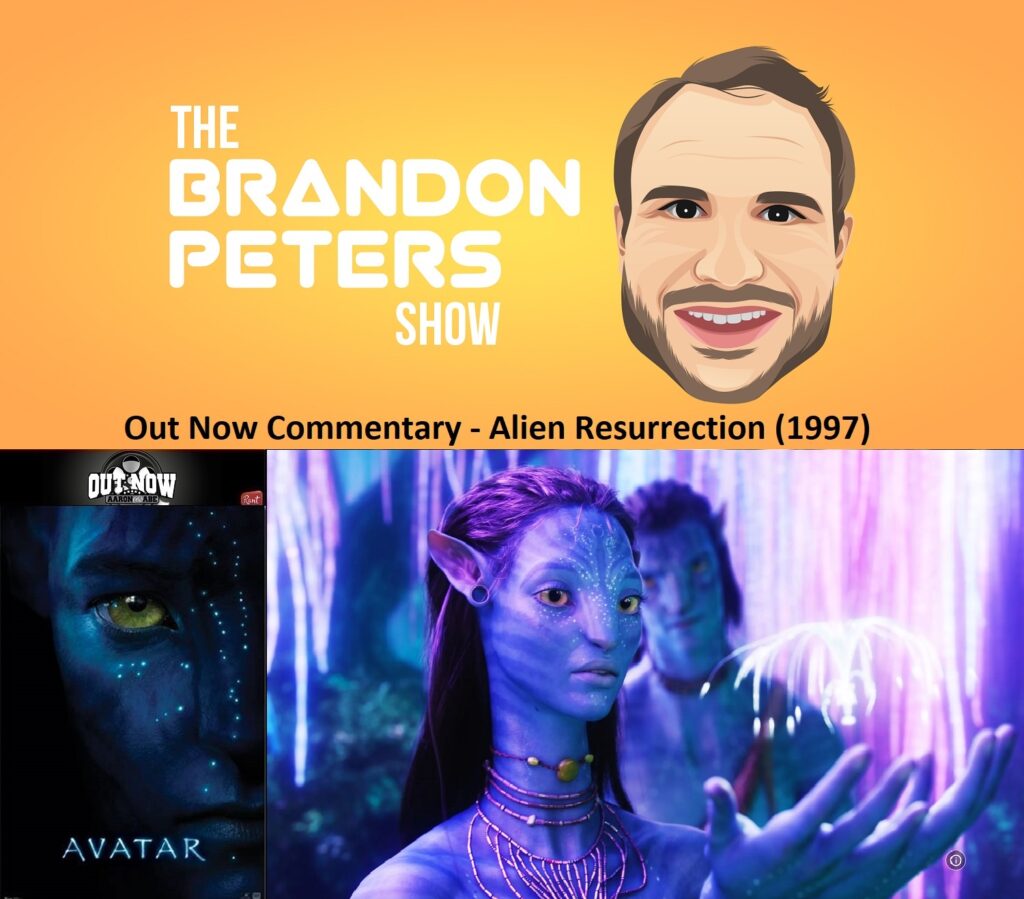 Well, length be damned, we did a commentary for the full length of Avatar. Enjoy our conversation about the movie’s historic run, the career of James Cameron and its legacy through film technology, characters and the theme park. This is a pretty engrossing and appreciative listen which also features zero spoilers for Avatar: The Way […] 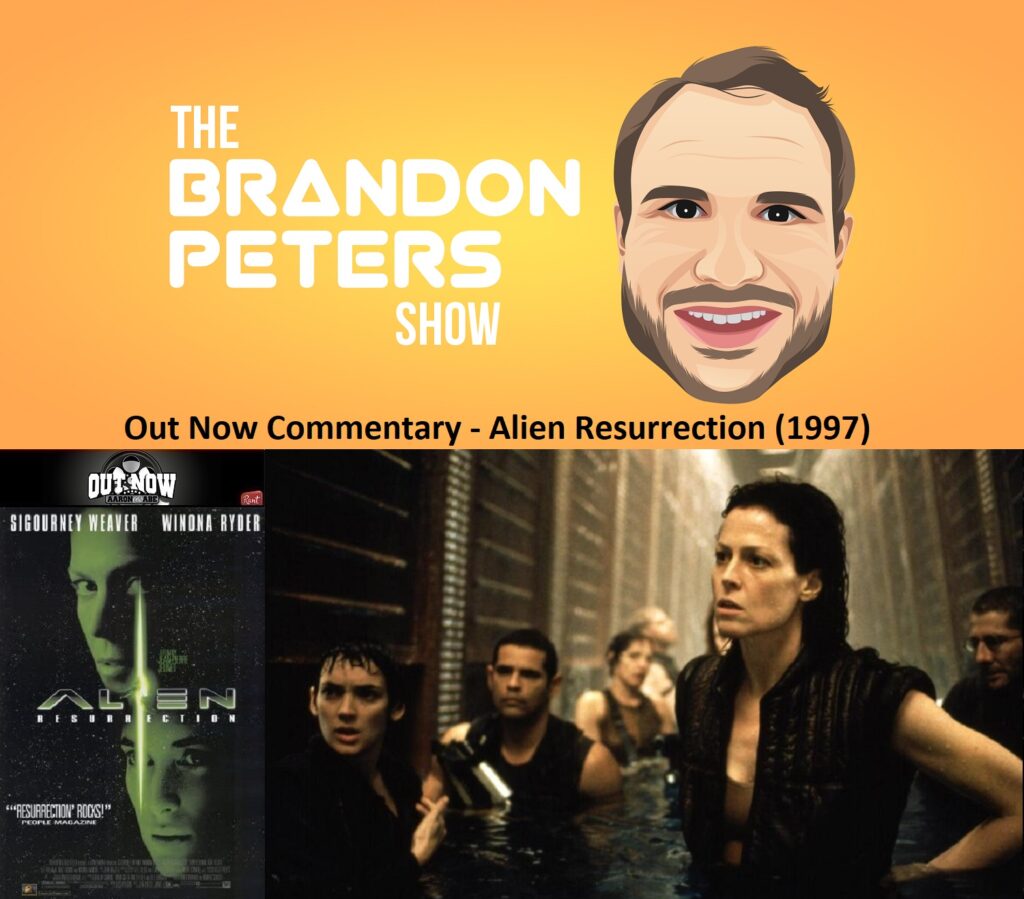 In the course of out now, a majority of the Alien and Predator movies have had commentaries done. The last of the Sigourney Weaver ones to do was Alien Resurrection and it turning 25 in November of 2022 definitely helped it finally check the box off (There were a few months prior where it was […] 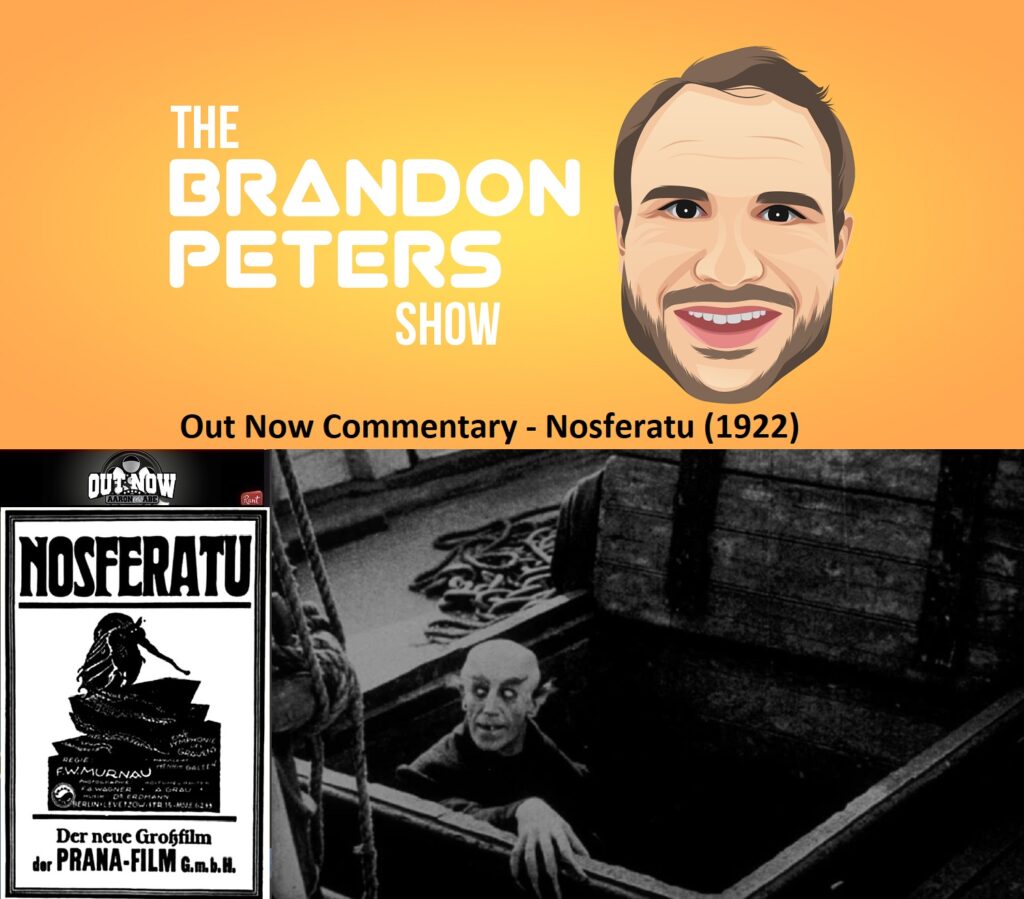 While I’m taking a few weeks off, I’ll be releasing some of the past Out Now commentaries. We start with the Halloween one for Nosferatu, which turned 100 this year. It’s not only the first silent film we’ve done, it is also the oldest film we’ve done as well. Older than Peter Paras even! In […] 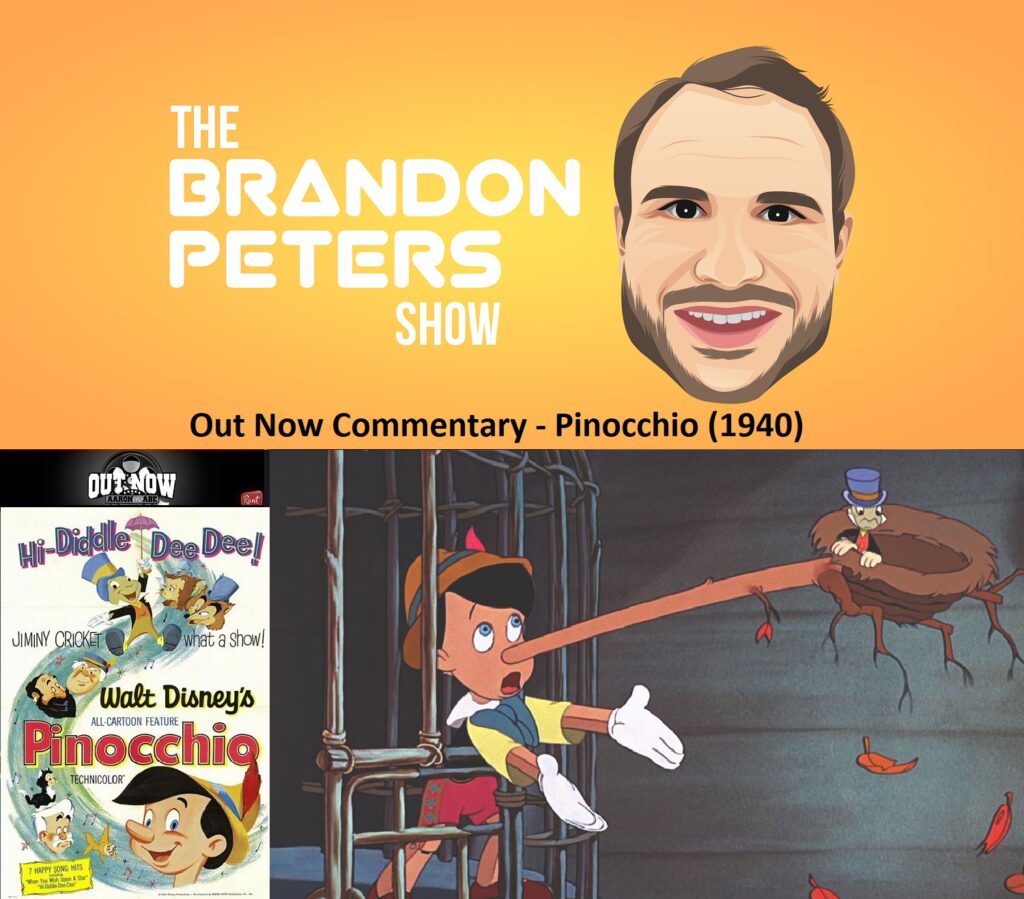 We are continuing to leap further back into film history with these commentaries (Wait’ll you see next month!). Pinocchio recently had the live action facelift on Disney+, so we’re going back and looking at the original Walt Disney animated film. A film that bombed upon release and was the studio’s second features following the phenomenon […] 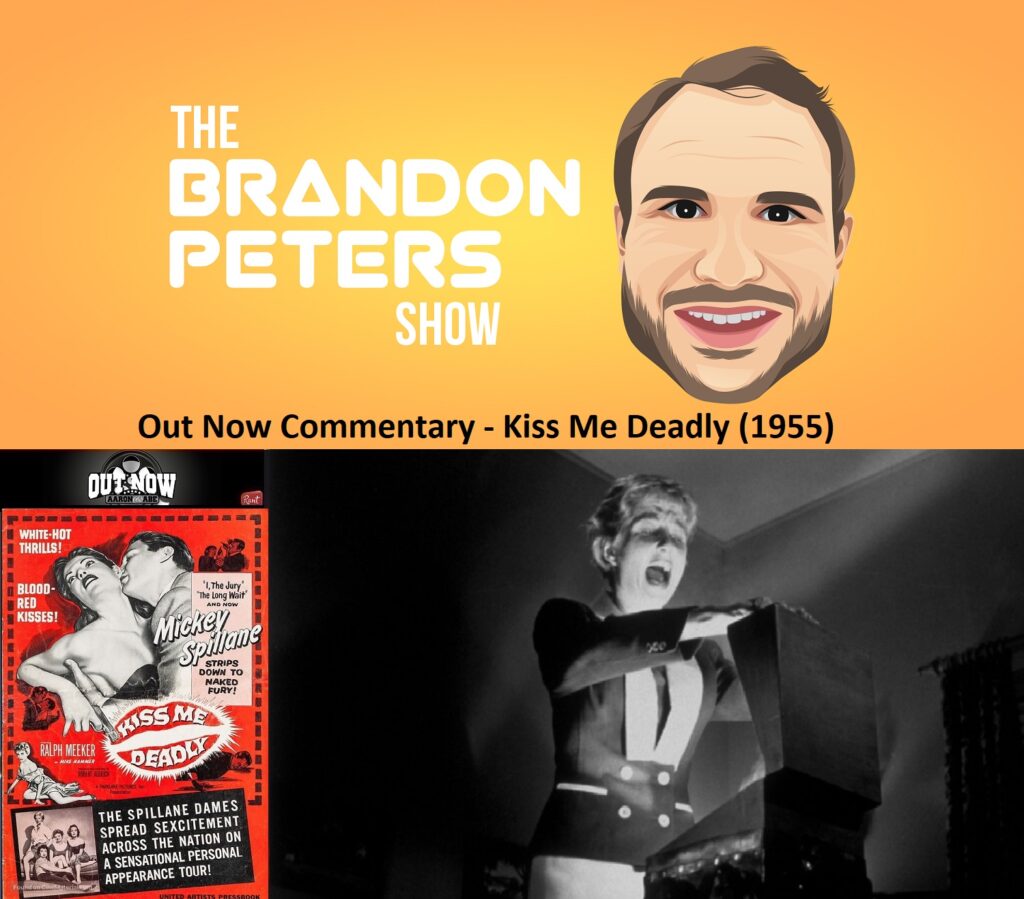 Kiss Me Deadly has been on the Out Now bucket list for a while now. We discuss why and then dive into the 1955 noir classic that is quite punk rock for its time and genre. Age has been kind to this stylistic and highly influential pot boiler. It also features the film debut of […] 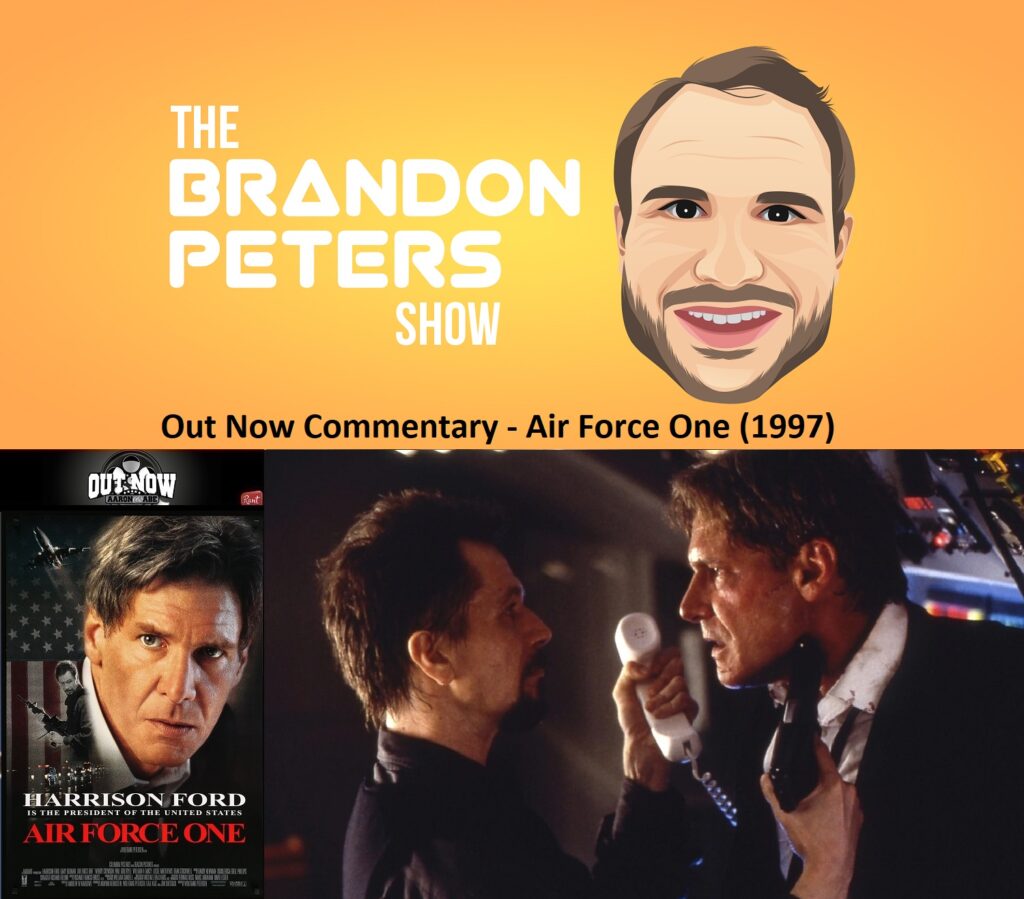 Wolfgang Petersen recently passed, but we recorded and released this commentary celebrating 25 years of his action summer blockbuster Air Force One prior. The Harrison Ford as president in a Die Hard on a plane flick is a fun one and a good revisit with excellent conversation. In addition to myself, this commentary features Aaron […] 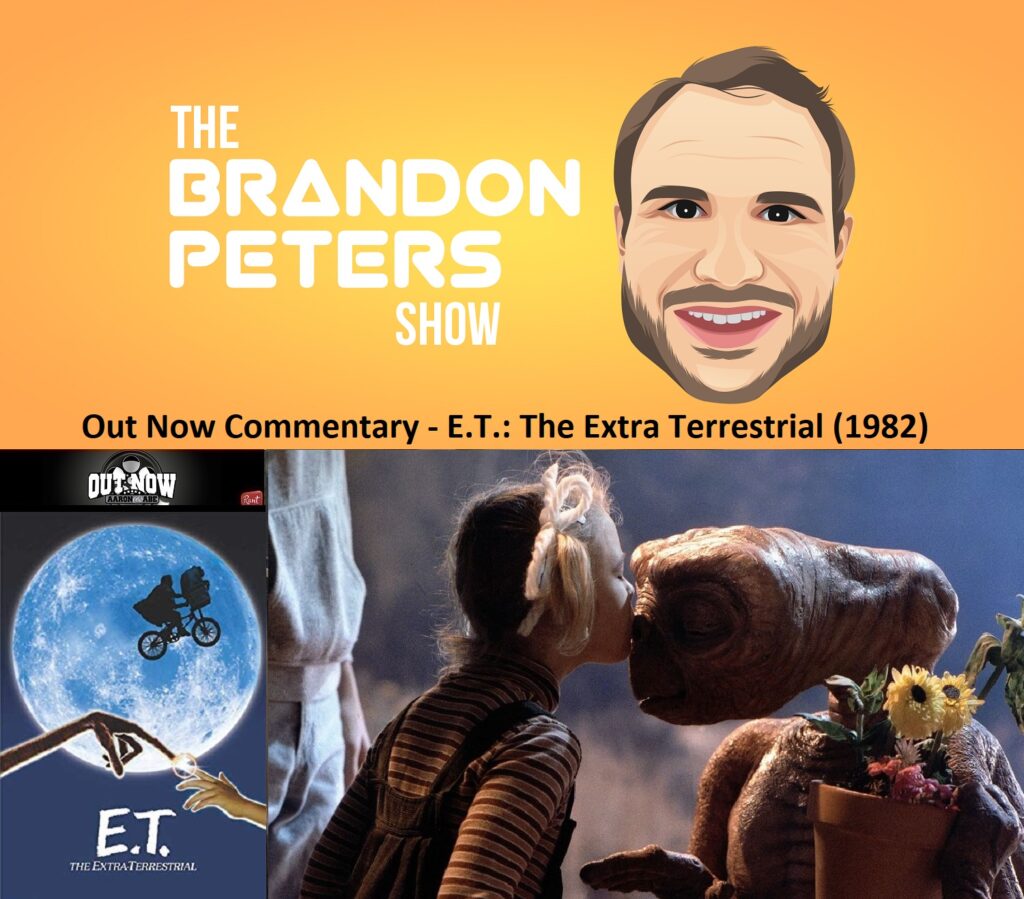 I’ll be taking a few weeks hiatus following the Summer of ’82 at 40 to recharge. In the meantime, I have a trio of commentaries from Out Now with Aaron & Abe to deliver over the next 3 weeks. The first up is ET, which I did discuss during the Summer of 82 series, but […] 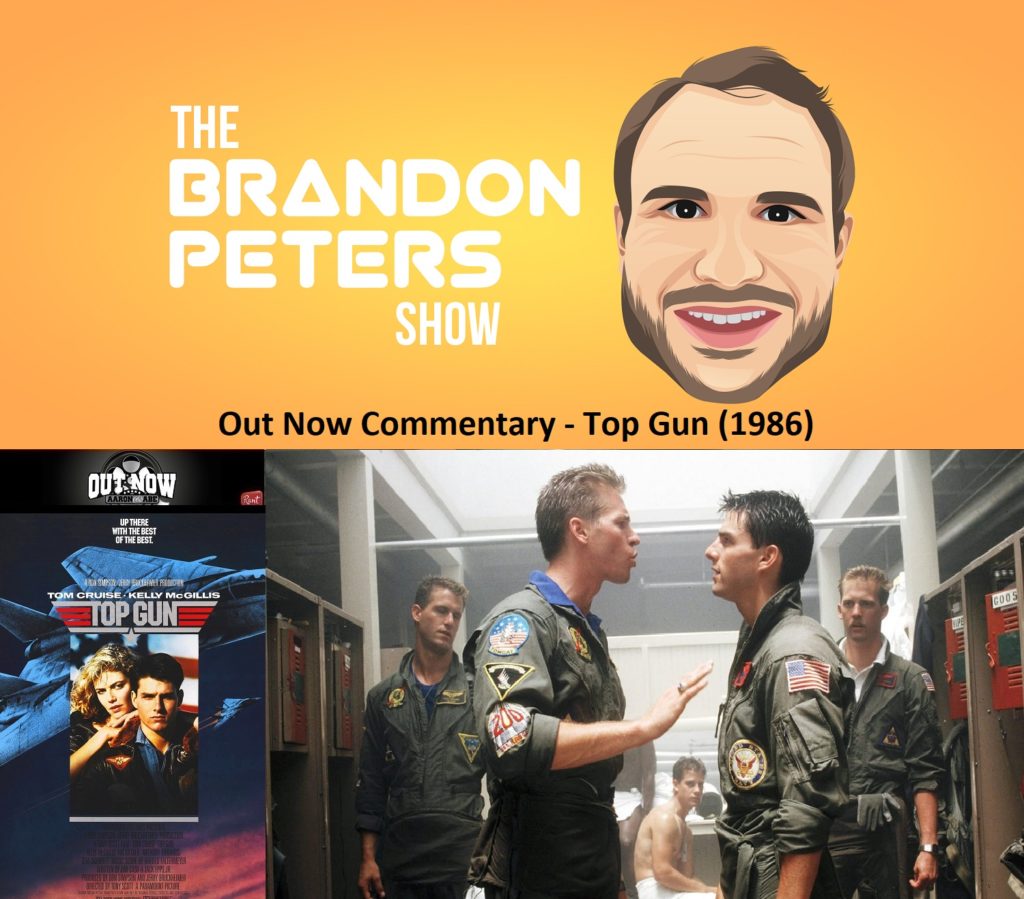 We headed into the “danger zone” with the release of Top Gun: Maverick. Taking a look back at the original Tony Scott phenomenon, TOP GUN! We talk the era, the legacy, the rides, soundtrack and everything to do with Tom Cruise’s biggest staple. In addition to myself, this commentary features Aaron Neuwirth (Out Now host, […] 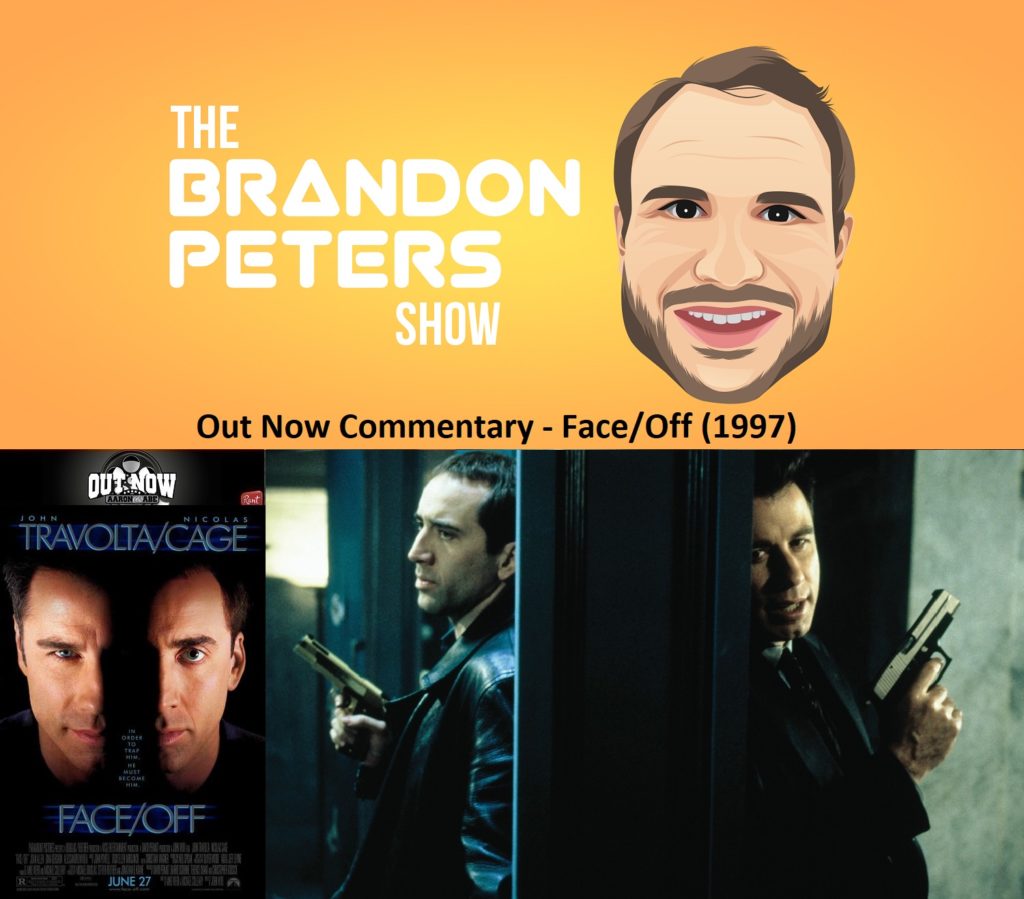 With the release of Unbearable Weight Of Massive Talent this month, we are taking a look back at a stone-cold Cage classic. Face/Off was at the height of powers for Nic Cage, John Travolta and John Woo. A fine, big spectacle, high concept, high emotion thrill ride that is one of the most balls to […] 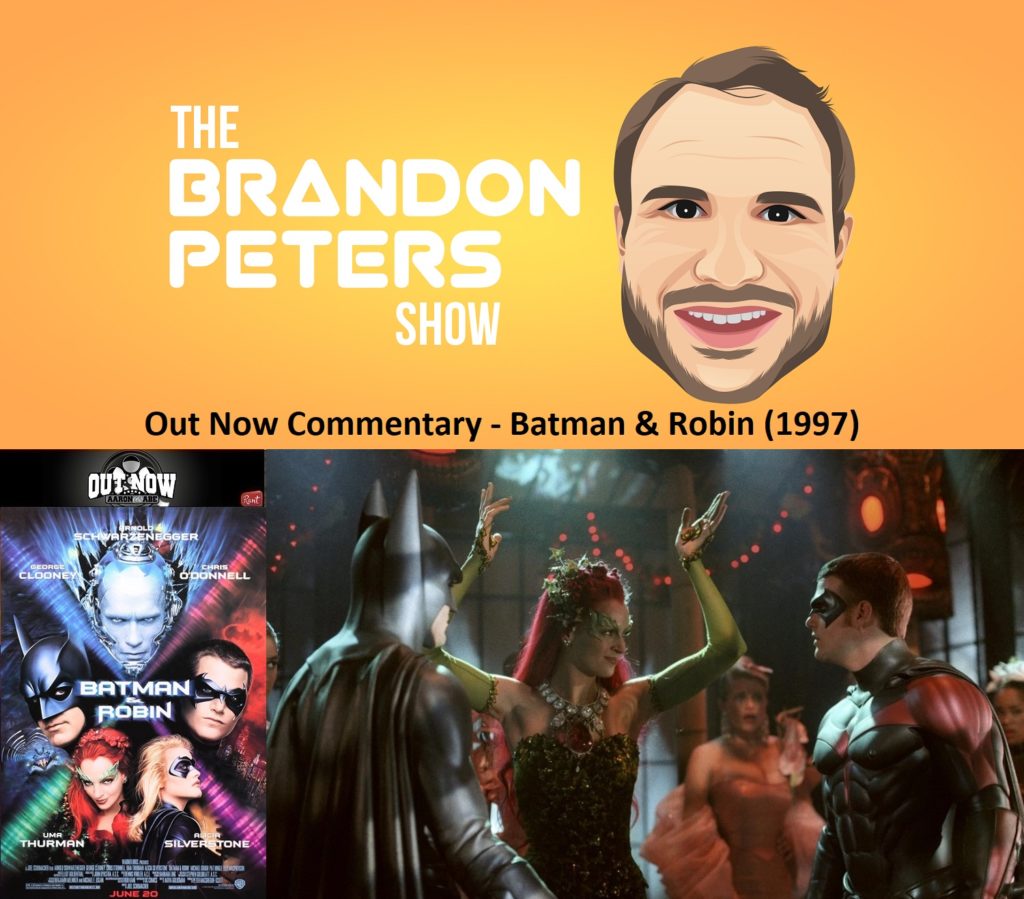 The Batman means it’s time for another Batman commentary on Out Now. And this is a big one as we complete a 10 year journey of doing commentaries for all of the 1990s live action films with Batman & Robin. And let me tell you, we’ve been trying to do Batman and Robin for quite […] 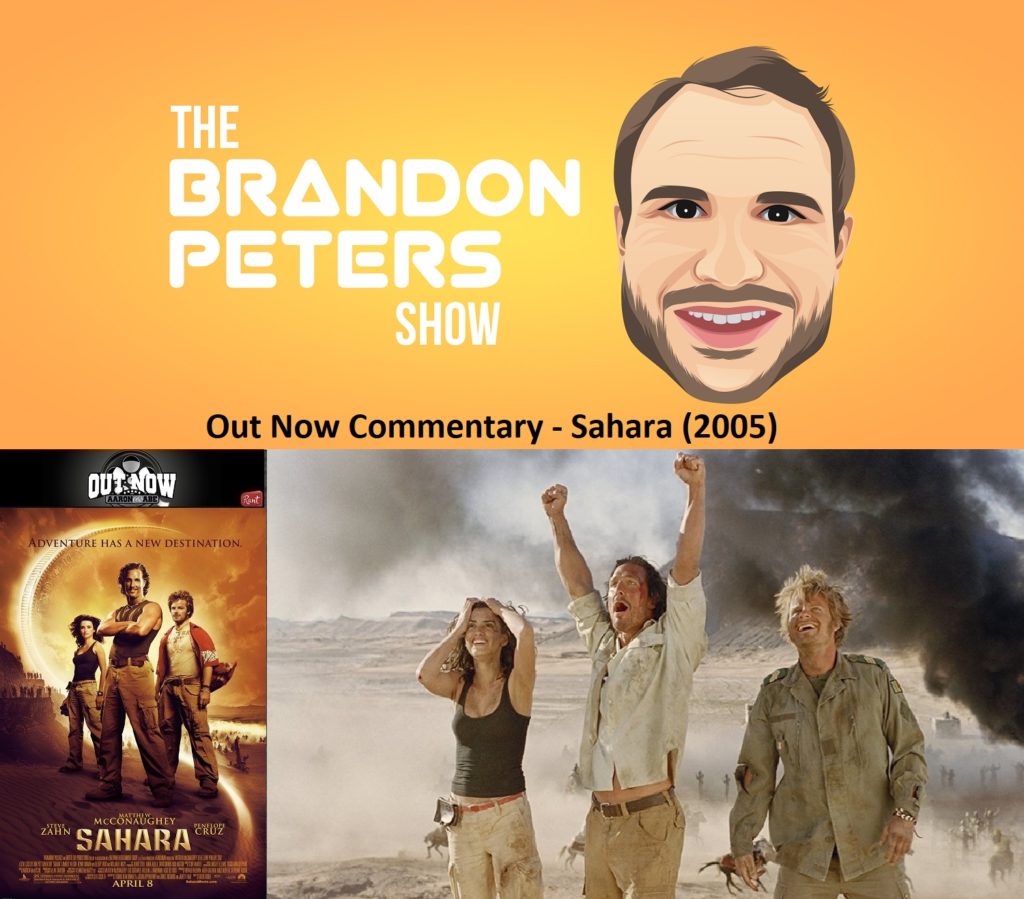 With the release of Uncharted, we decided to set our sites for another adventure movie that was a hopeful franchise starter from an IP – 2005’s Sahara! Now, funny enough, Scott Mendelson and I are fans of this movie. Aaron Neuwirth, he’s a recent convert, too. Have a listen as we talk about McConaughey for […] 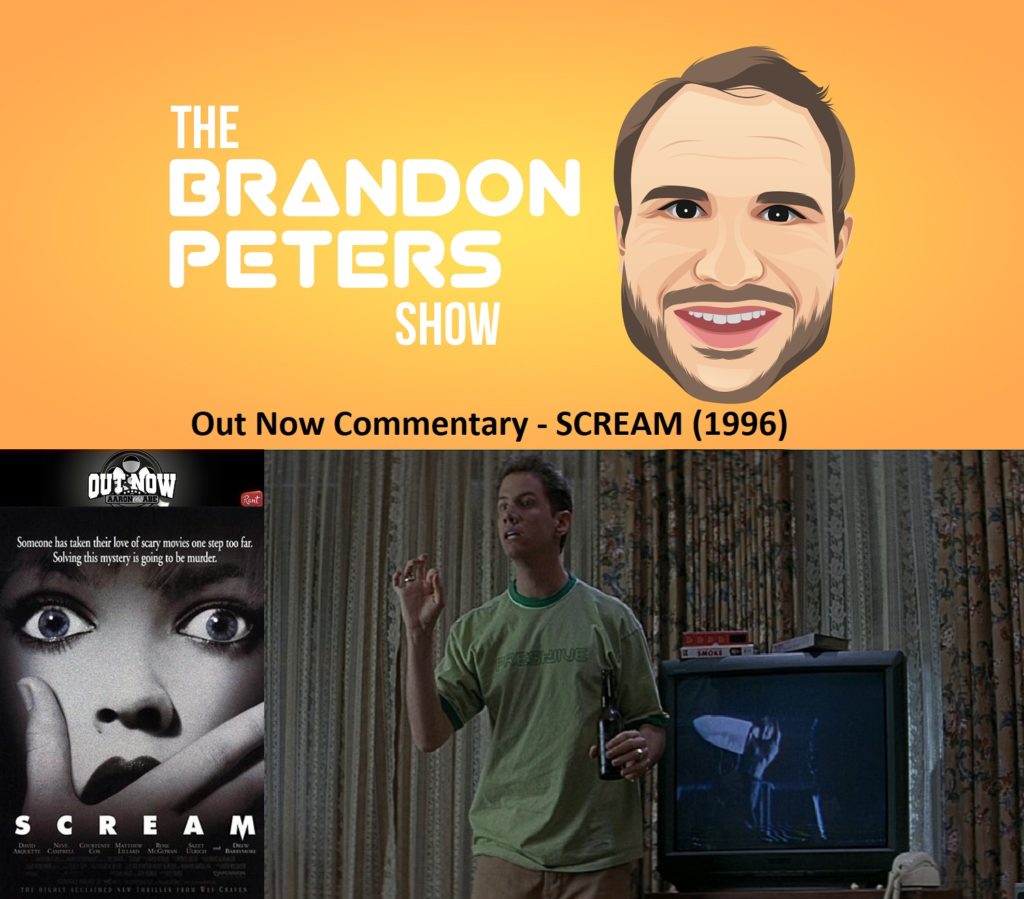 With Scream (5) coming out this week, the monthly commentary session cracked into the 1996 original. We take a look at this monumental moment that more or less saved the horror genre at the box office. A movie that has no problem with time capsuling a moment, but more or less holds up swimmingly, we […]

Out Now Commentary – The Matrix Reloaded 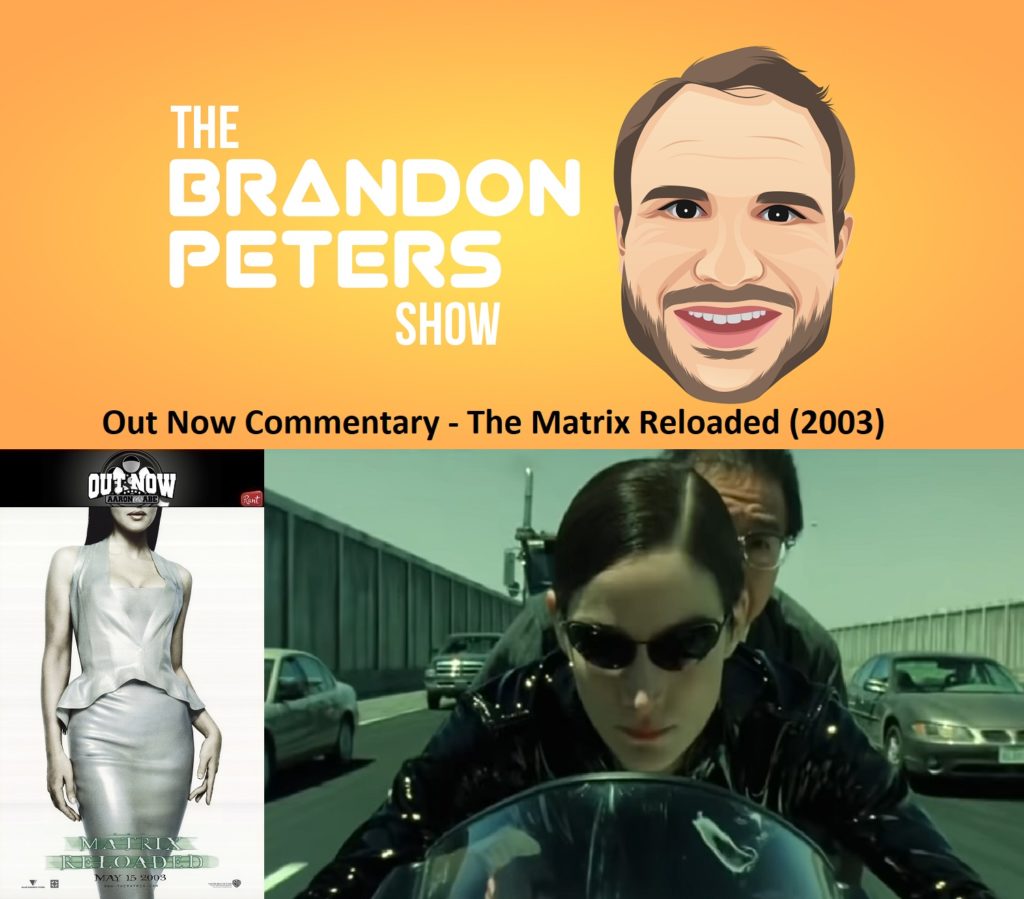 The Matrix Resurrections drops in theaters this month and to celebrate the return of a franchise we all love, we turn to complete our commentary series on it (for now) with The Matrix Reloaded. We did an odd order of these starting with Revolutions many moons ago and then the original for its 20th anniversary. […]

Out Now Commentary – Harry Potter and the Sorcerer’s Stone 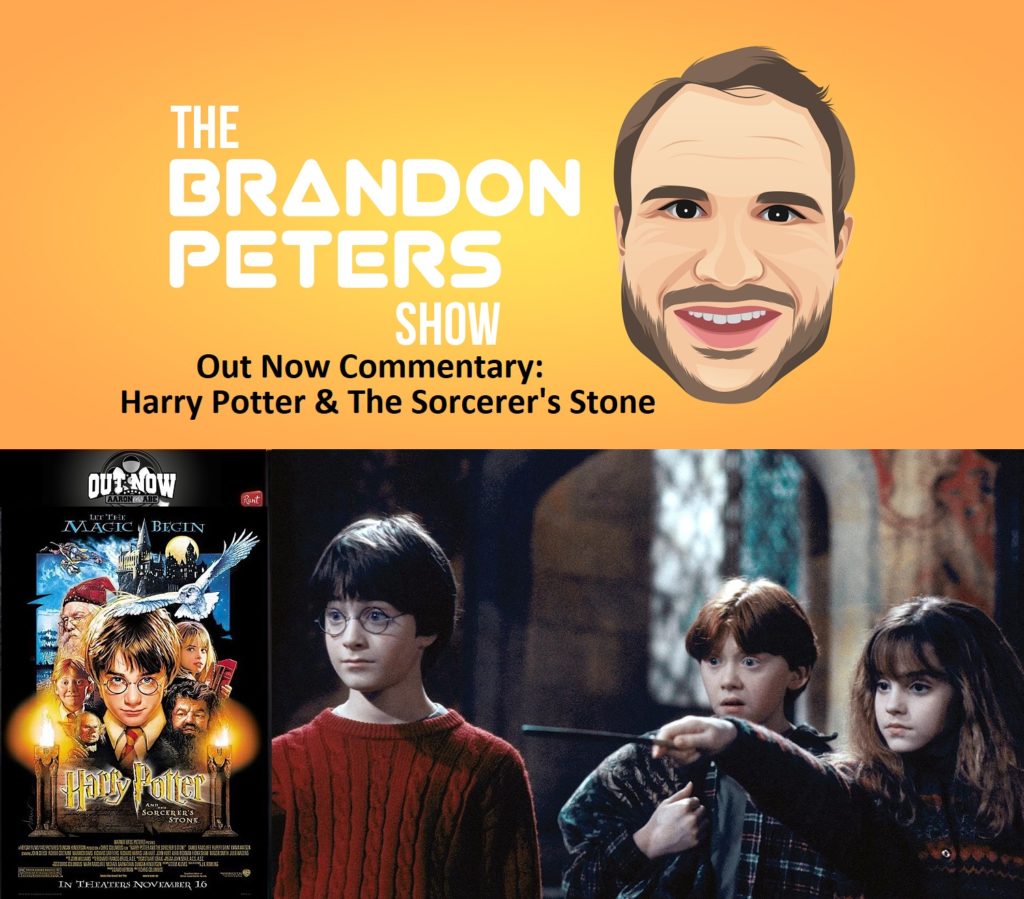 Turning 20 years old this month (WOW) is Harry Potter and the Sorcerer’s Stone. We take a look back at the film and discuss our experiences, the books, the filmmakers, the cast and a lot of what makes this film still tick like magic to this day! In addition to myself, this commentary features Aaron […] 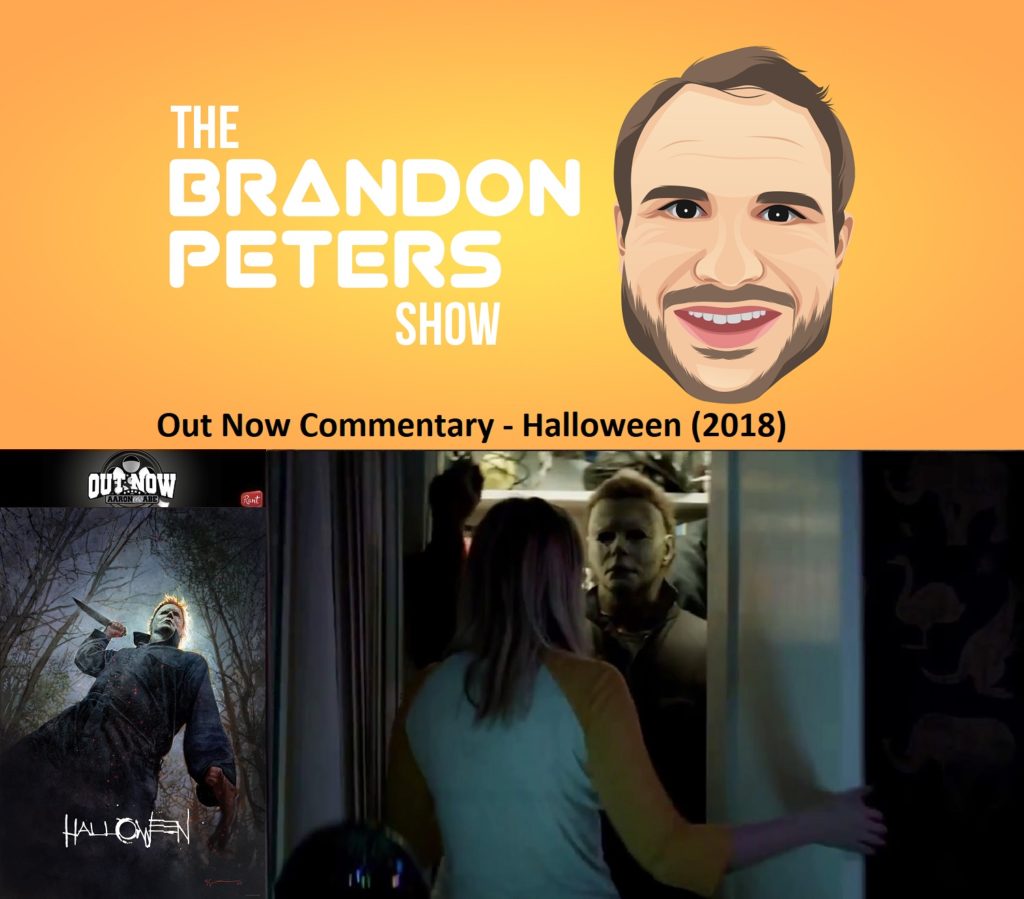 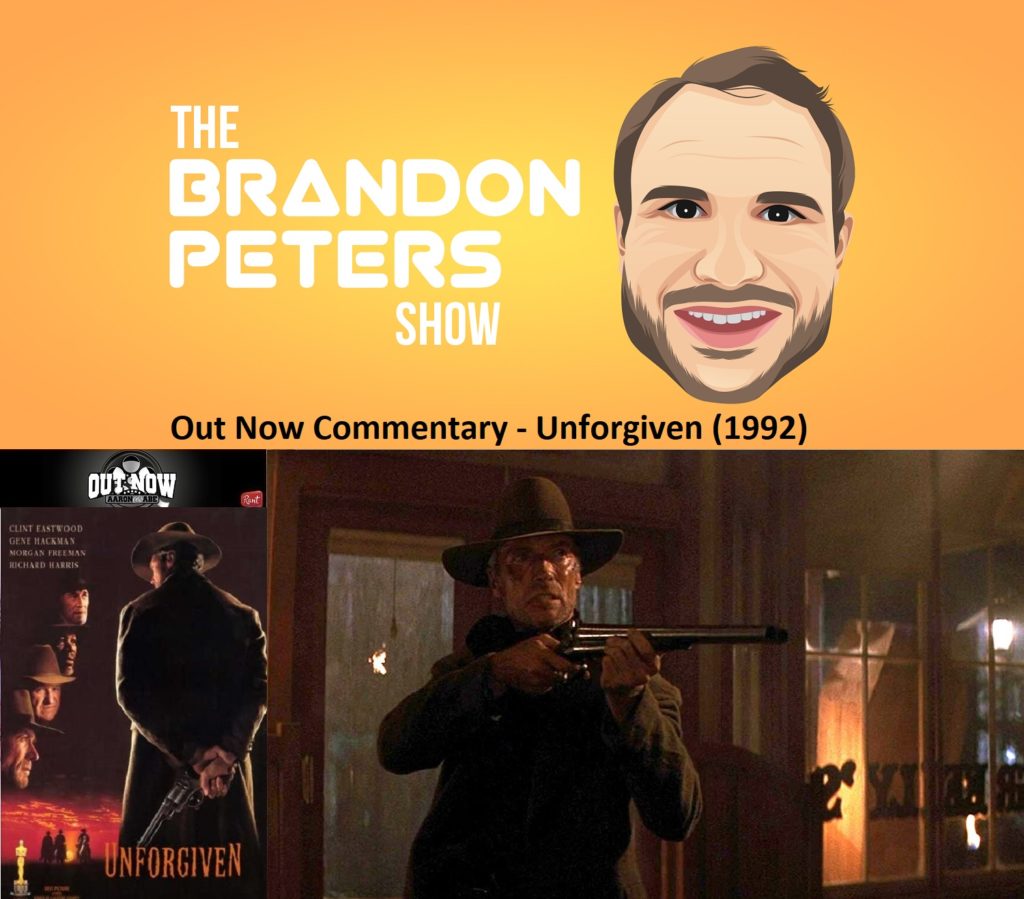 I may be taking a week off from the show proper, but HEY – this was fittingly perfect timing as there’s still a movie to talk about. Time for the Out Now Commentary. This month, since Clint Eastwood has a new film out (Cry Macho), and since we hadn’t done a film of his yet, […] 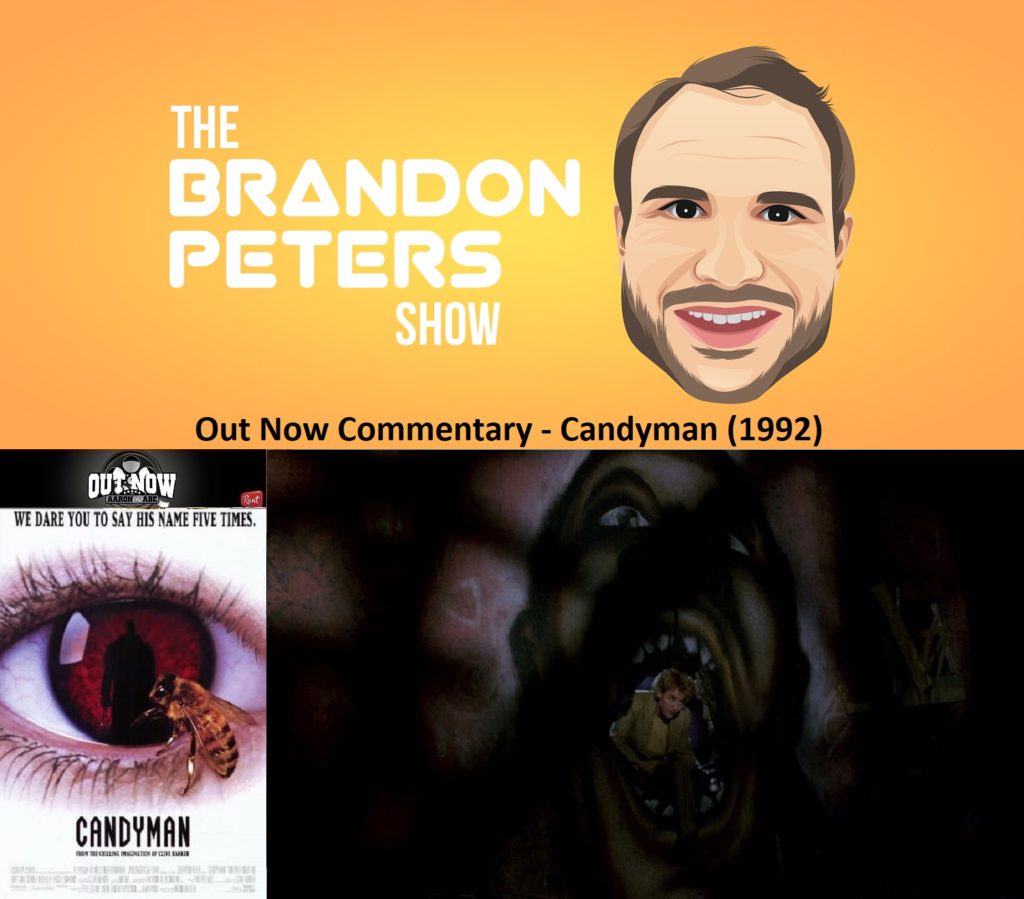 With a brand new take on Candyman upon us, it’s high time to revisit the original, stone cold classic. The Tony Todd starring film is one of my personal all-time favorites and argues to be one of the films that scared me more than any growing up. In addition to myself, this commentary features Aaron […] 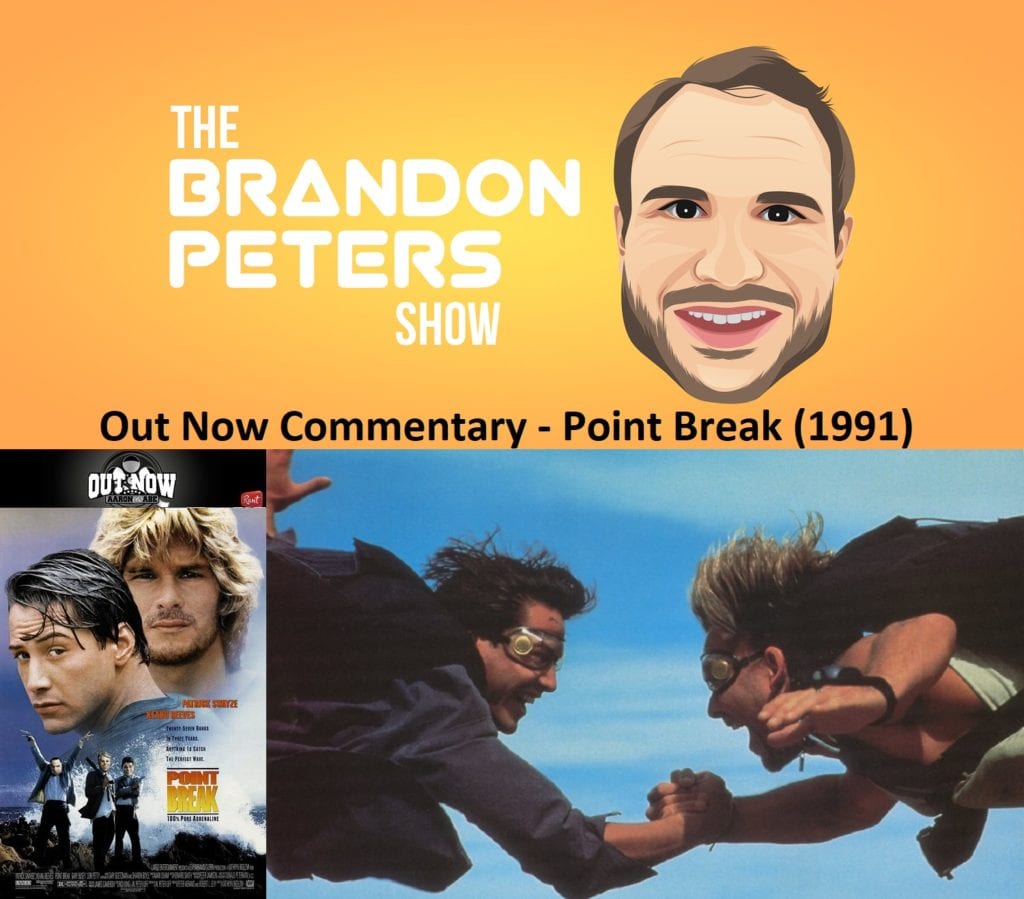 An interesting follow up to The Fast and the Furious this month as we now go to the film it knocked off: Point Break. The Kathryn BIgelow action classic turns 30 this month and we look back at how stylish and wonderful her direction is and go over the legacy of the film. In addition […] 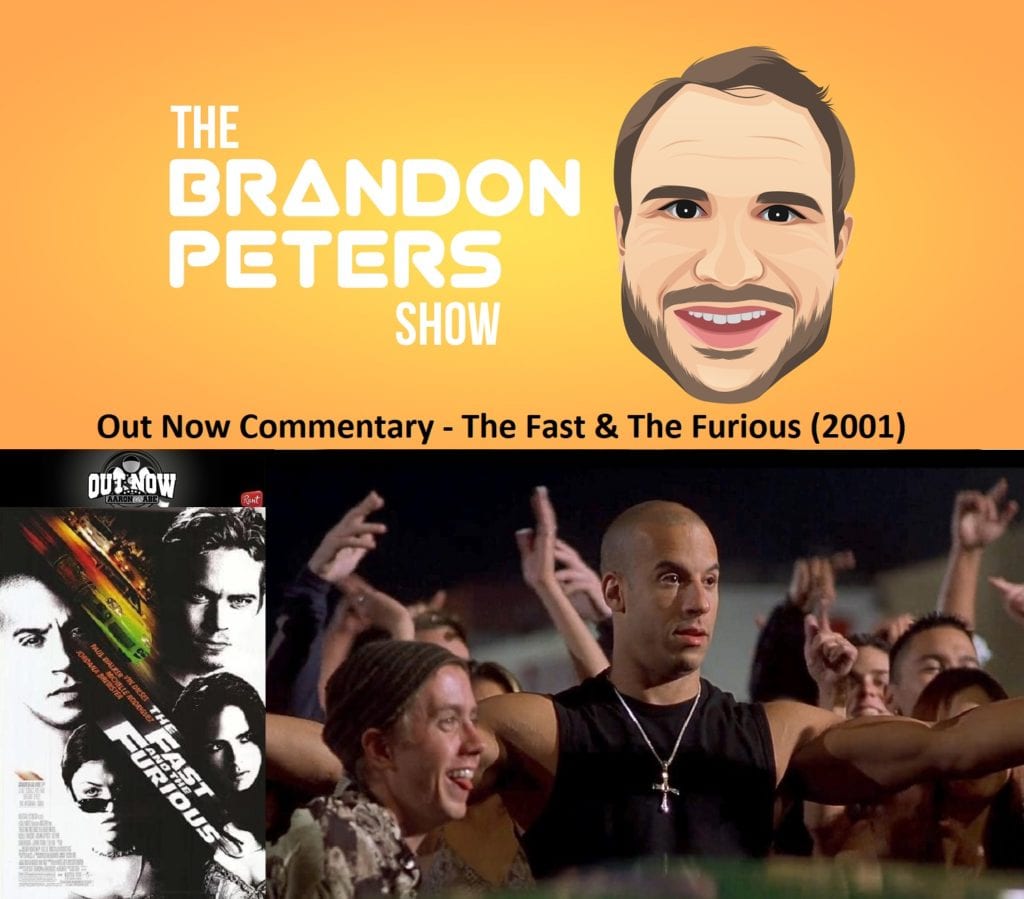 With the Hannibal Lecter commentaries completed, we now set our sights to the 20th anniversary of The Fast & The Furious! With F9 arriving in theaters this week, its time to look back at how far this series has come from its original Point Break with underground street racing has come. In addition to myself, […] 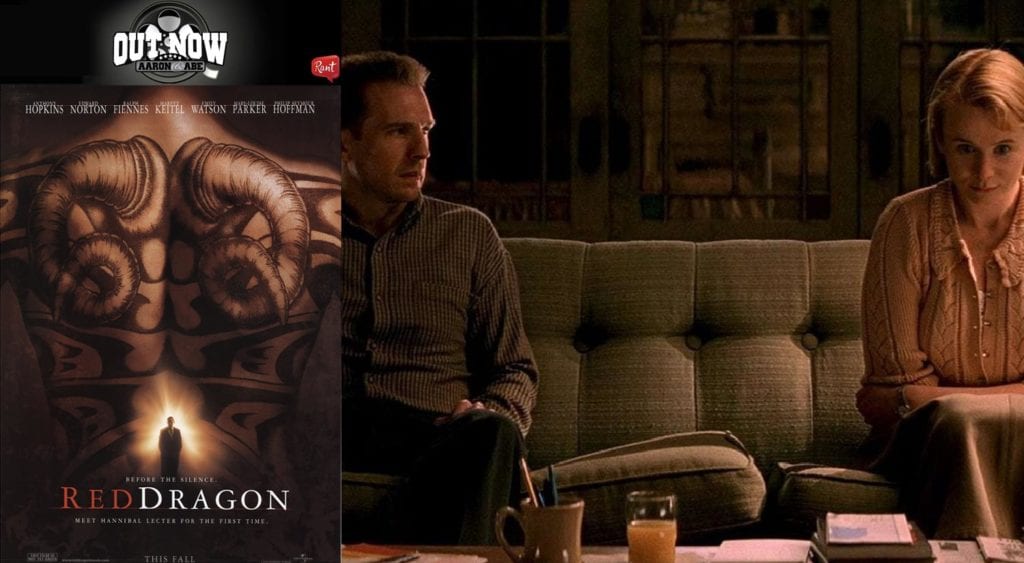 The monthly commentary series for Out Now with Aaron & Abe continues its journey through the cinematic adaptations of the Thomas Harris novels surrounding Hannibal Lecter. We now get to the same story we started with in a polished new form in that of Red Dragon. How does the Brett Ratner film hold itself to […] 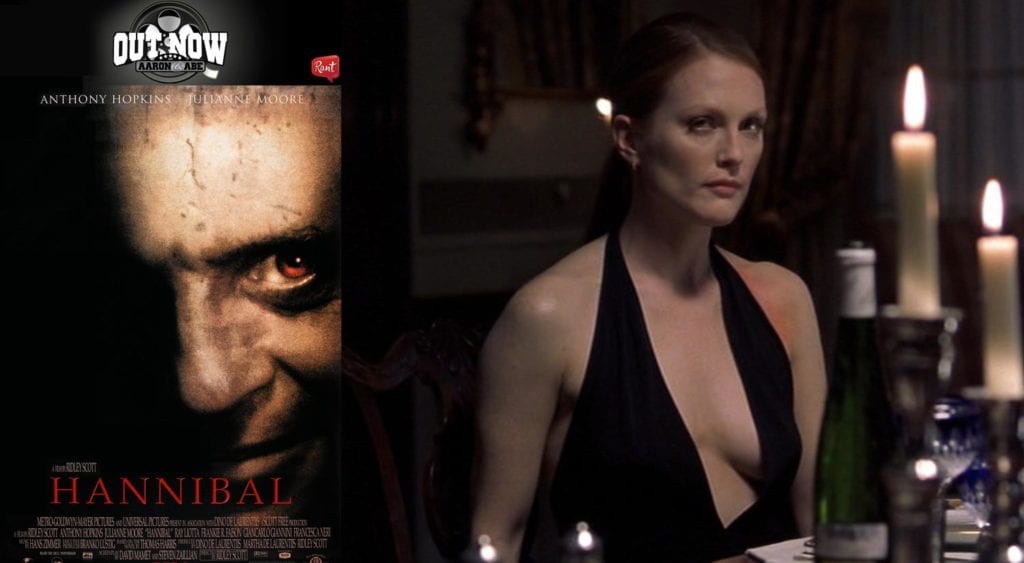 The monthly commentary series for Out Now with Aaron & Abe continues its journey through the cinematic adaptations of the Thomas Harris novels surrounding Hannibal Lecter. Hannibal is this month’s subject. A mega box office success, but rather derided film in its legacy. Perhaps it deserves another look? In addition to myself, this commentary features […] 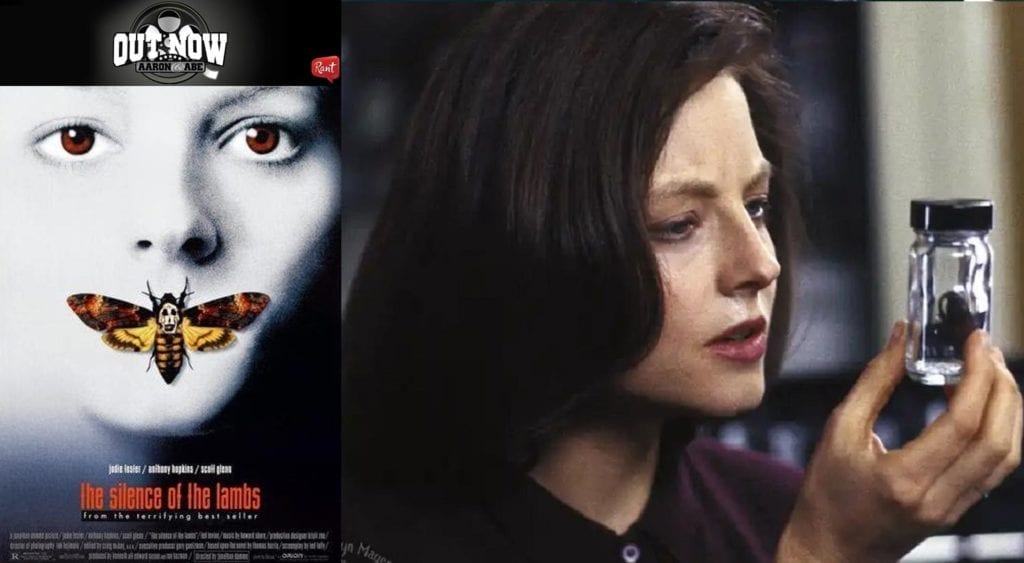 The monthly commentary series for Out Now with Aaron & Abe continues its journey through the cinematic adaptations of the Thomas Harris novels surrounding Hannibal Lecter. The Silence of the Lambs is this month’s subject, as we cover the well decorated Oscar winner. In addition to myself, this commentary features Aaron Neuwirth (Out Now host, […] 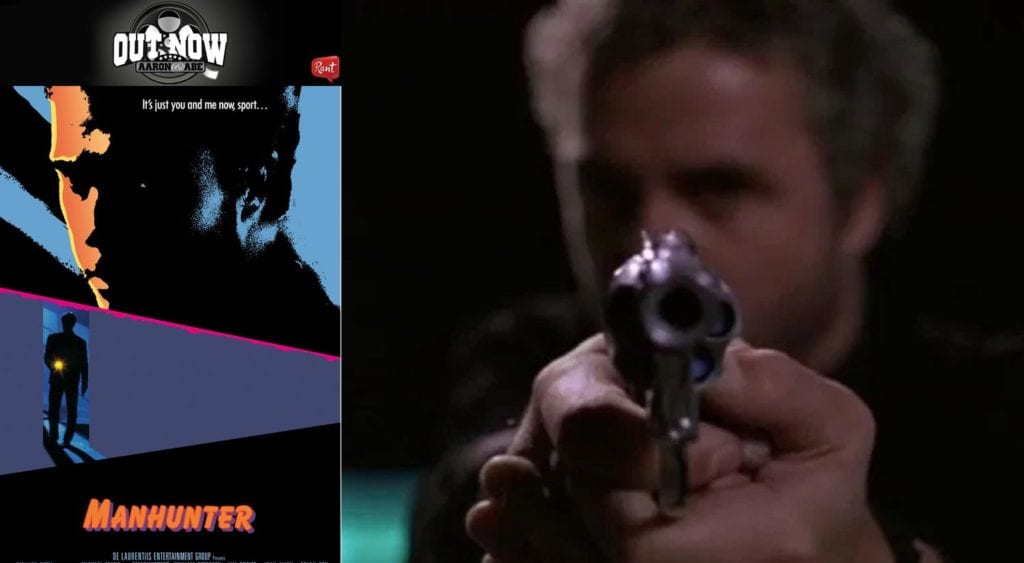 Over on Out Now, the monthly commentary series will be doing a film by film look at the Hannibal Lector movies to kick off the year. We kick off January with Michael Mann’s highly stylistic adaptation of Thomas Harris’ novel Red Dragon, Manhunter from 1986! In addition to myself, this commentary features Aaron Neuwirth (Out […]

Out Now Commentary – The Force Awakens 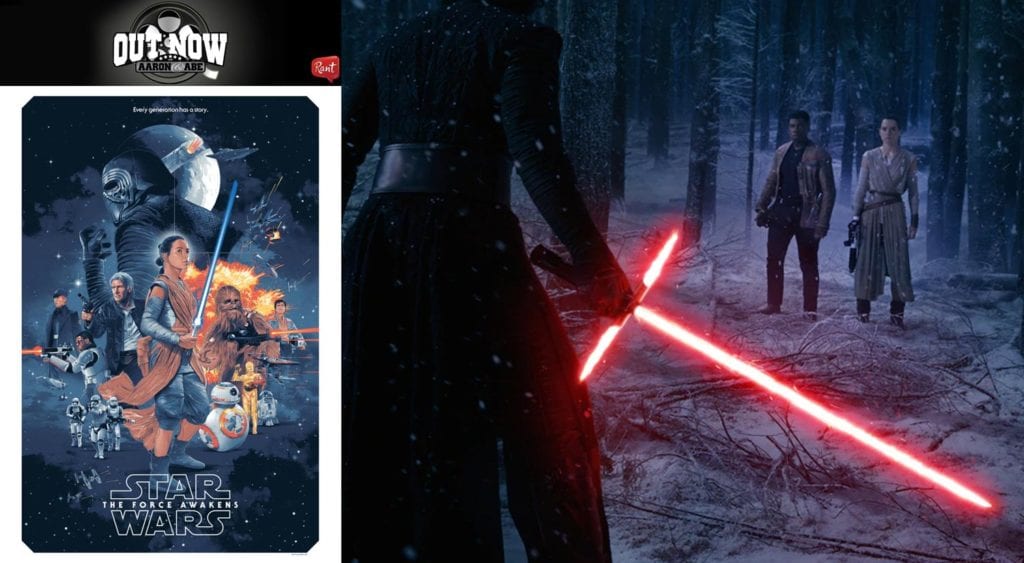 While there’s not a new Star Wars film this December, we still have The Mandalorian. So why not continue our annual Star Wars commentaries for Out Now? Glad you agree! We are now at Disney’s first theatrical output, 2015’s The Force Awakens! In addition to myself, this commentary features Aaron Neuwirth (Out Now host, We […] 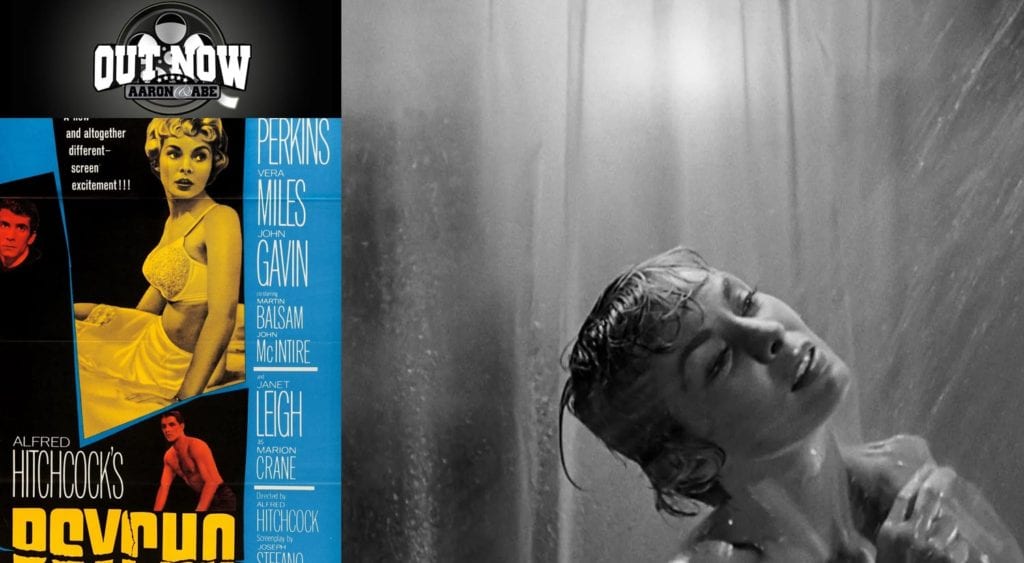 I’m very excited to be bringing the Out Now With Aaron & Abe monthly film commentary series to The Brandon Peters Show. The commentaries will be released on both programs in the ongoing regular fashion. To close the October Horror Specials, we did a commentary for Alfred Hitchcock’s masterpiece, Psycho. The film turned 60 years […] 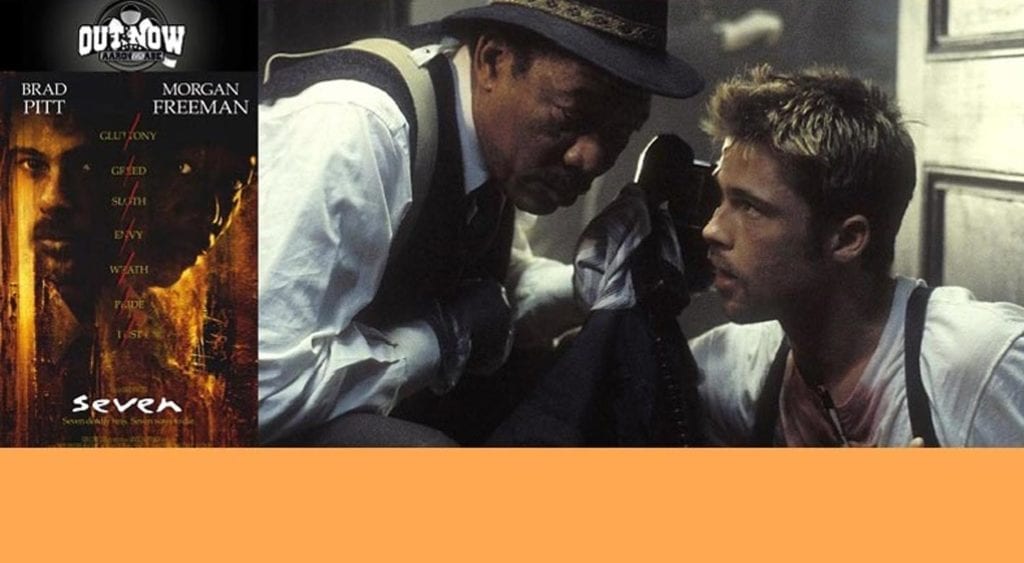 I’m very excited to be bringing the Out Now With Aaron & Abe monthly film commentary series to The Brandon Peters Show. The commentaries will be released on both programs in the ongoing regular fashion. Once a month, in relation to a film coming out in theaters, a film hitting a milestone or perhaps one […]